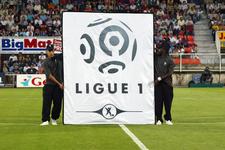 9th match of the L1 season back in play after the international break… Bordeaux-Toulouse is the big match of the weekend… At the bottom end of the table, Sochaux are at home to Le Havre...
Bordeaux – Toulouse :Bordeaux have dragged themselves back up to the top of the table; Toulouse are in surprising form in second place thanks to a solid defence and their striker Gignac (5 of Toulouse’s 8 goals). The derby promises to be passionate.

Caen – Grenoble : Both sides are doing well in the League. The Normans look to have the upper hand against the newly promoted Grenoble side. However Grenoble should not be underestimated as they have shown their solidity since the start of the season and have not conceded many goals.

Monaco – Nice : the Côte d’Azur derby. Monaco, are not in great form and are in need of points, Nice had started off well but have only taken 2 points from their last three games. A derby which could go either way.

PSG – Lorient : the Parisians, who will be without the suspended Armand, need to beat a Lorient side who are at the foot of the table. If not there could be troubles ahead …

Nantes – Saint-Etienne : the Canaries brought back 3 points from their trip to Grenoble. They have a good chance to climb out of the depths of the League standings. Saint-Etienne are doing better, and they will want to prove it.

Sochaux – Le Havre : this is a match that Sochaux need to win, if they do so it will be their first success of the season. Le Havre are level on points with their opponents. A success will keep the winner from the bottom of the table and maybe kick start their season.

Le Mans – Nancy : Le Mans have had a great start to the season, in the image of their strike force. Nancy haven’t refound their glorious form of recent seasons. A win could see Le Mans move high up the table.

Auxerre – Rennes : on paper this is a very well balanced match. Rennes come into the game on the back of a very good win against OL and will want to confirm their form against Auxerre.

Valenciennes – OM : always a special match. Valenciennes are in need of points. OM have a good chance of recording their second away victory of the season.
Facebook
Tweet
Forum