OL bring back a point from Munich 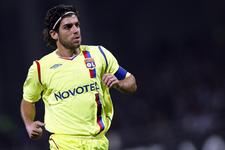 OL's objective before the match was not to come home empty handed, objective achieved! In these circumstances, the draw obtained at the Allianz Arena is a good result.
With two points from two games, OL remain unbeaten in Europe this season and keep their rivals in their sights. Fiorentina’s draw at home to Steaua Bucarest, almost makes the French champions the big winner after the second round of games in Group F ; whatever, it allows them to remain on course for a qualification to the last 16 of the competition. When the draw was made, OL would almost certainly have signed for a share of the points away to the German champions; but tonight they do have some regrets. On one hand because they could have won the game as they did in the 2003 – 2004 season, if Karim Benzema had one his one on one duel with Rensing (83th) ; on the other because Bayern looked like a side there for the taking.

They cannot be too unhappy though, one sure point is better than three possible. The outcome was far from perfect though. The French champions saw Sidney Govou come off early on through injury and a number of yellow cards which could come back to haunt them (Makoun, Cris, Mensah and Juninho).

In Munich, Juninho heightened his reputation from freekicks. Four seasons ago he scored a fantastic goal from a free kick in the Bavarian capital; during the match OL’s captain reintroduced himself to the German supporters with some fantastic set pieces.

Goal maker against Fiorentina, the Brazilian was, in the first half, at the origin of the majority of OL’s dangerous play. In the Champions League, goalscoring opportunities are less frequent than in the domestic League and set pieces become more vital. In this domain, it’s a godsend to have Juninho in your side! Each one of his free kicks brought danger to Rensing’s goal. Nobody managed to connect with the first two (2nd & 4th) ; from the third, a Fred header was saved on his line by the Bavarian keeper (12th). Even from 50 metres out, he was able to rain pressure on the opposition goal. Flicked on by the head of Demichelis, his cross allowed OL to go in at half time one goal up (1 – 0, 25th). An advantage that they owed to Hugo Lloris as well, the keeper made decisive saves from Ribéry (23rd) and Toni (30th), and was also reprieved by the clumsiness of the Italian forward (40th).

But just as i twas against Nancy three days earlier, OL were unable to capitalise on these moments of pressure. Efforts from Réveillère, off target (16th), and Benzema, into the ground (18th), could have finished off Bayern before the break. It’s a shame as the second half was much more complicated.

Timid and too often dazzled, Lyon saw wave after wave of German attacks coming at them. Lloris had to intervene in front of Toni (49th) then see a headed effort from the Italian graze the stanchion (50th). OL’s keeper could barely get an outstretched finger to Zé Roberto’s header, after he was played in perfectly by Klose (54th).

The end of the game was very stressful, both sides carving out chances to win the match. Benzema (55th) and Mounier (76th) couldn’t connect well enough to crosses played in by Ederson ; Ribéry fired in a shot which took the skin off of Lloris’s post (65th).

In the last few minutes of the match, crosses aimed at Toni caused a lot of cold sweats in the Lyon defence, but they did not falter. OL are still in 2nd place in group F, with two points from two games and will have to make the difference in their double confrontation with Steaua Bucarest if they want to make the last 16 of the Champions League.
Videos