All about OGC Nice 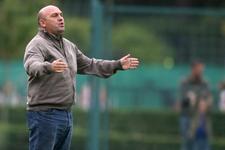 5 goals scored including a headed effort from Yahia. 49 shots. 2 goals conceded (one penalty against Nancy) from 49 opposition shots.

20 players used : Diakité, Letizi, Echouafni, Hellebuyck and Rémy have played every minute of all 4 matches. 9 players have started all 4 matches : the first 5 players along with Kanté, Jeunechamp, Faé & Bamogo. Antonetti has lined up the same team, approximately, on 4 occasions. Only in the centre of defence and at left back have the players changed.

Cid, Coulibaly, Gace, Ben Saada and Modeste have played but have not been in the starting line-up. Modeste has come on on 4 occasions replacing Bamogo on three occasions.

Yahia left the club after the match against Valenciennes. He now wears the Lens shirt.