L1: second round of games 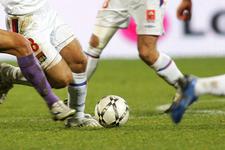 The 2nd round of games will take place this weekend, with a much awaited PSG-Bordeaux...and the match at the top of the table between Lorient and OL...
Will Grenoble and Lorient be able to build from their 1st game successes? Grenoble will be at home to Rennes who managed to salvage a point against OM in stoppage time of a crazy game (4 - 4). Expected to be fighting relegation from the off, Grenoble can build on this good start to the season by scrping some important points. Rennes showed some defensive frailties against OM. The return of Hanson will be beneficial for them.

OL, Le Havre, Monaco, Valenciennes, Bordeaux and Auxerre all took three points as well, but at home. For their first voyage of the season, they will all be playing against teams who lost at the weekend, except OM, Auxerre’s opponent. It will « already » be time for Bordeaux and OL to confirm their ambitions.

On the other hand, there is no way those teams that lost can allow themselves to be distanced. PSG, need a result so as not to relive their past two terrible seasons. The visit of Bordeaux to the Parc Des Princes will not be an easy game for Makelele et al! OM cannot, either, offer their opponents goals on a plate when victory is staring them in the face. It’s up to Eric Gerets to find the right balance between his lines.

There will be only one game between two sides with 0 points… St-Etienne – Sochaux. St-Etienne have strengthened in order to climb up the hierarchy. They lost « injustly » to Valenciennes. The three points seem well within their capabilities against a Sochaux side that lost, surprisingly, to Grenoble.