Anthony Réveillère : "Competition, we can't wait for it! " 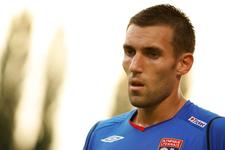 All runs have to come to an end. For the first time since 2002, and the start of their reign on the L1, OL have failed to start of the season with a win in the Champions Trophy game. A loss that, even rare, hasn’t seemed to have affected the squad too much; the way they lost, on penalties, softening the blow. « We lost the trophy, but we did not lose the match , analyses Anthony Réveillère. Playing against Bordeaux, who were physically in better shape than we were, was a test. (…) They were more compact, stronger in the duels and they had more gas in the tank than we did. » For the former Rennes player, the essential is elsewhere: « we have to prepare for the League campaign », he reminds us.

Once again, the League will be the main objective for OL this season. It will be a difficult task when you see that the competition has never been so strong . That is one of the lessons taken by Claude Puel from the defeat to Bordeaux: « Any advance we had over other clubs is slowly diminishing. This year there are a lot more opponents and they have quality . ». In the role of enemy number one, Réveillère can only see « Bordeaux, who have a good team », « OM, who have great attacking potential », or maybe « Paris ». This intensified competition, « we can’t wait for it! he assures us. We know that we have the best team but that everyone wants to beat us , we will have to put in more effort in order to win the title. »
Just like in the 2006/2007 interseason, OL have, this summer, changed coach, released a number of important players from the previous season (Coupet, Ben Arfa, Squillaci) and have recruited some of the most promising talents in the League (Pjanic, Lloris, Mensah) . « The squad is just as good as last years , judges Réveillère who, in the Spring, made it clear that he was not happy with the forced rotation between himself and François Clerc at right back. I had some contacts this summer and there were some rumours (of a departure), butr at the end of the day, I am still here. I’ve always said I was happy at Lyon. I’m staying at OL, I want to make the place in the team mine. What upset me last year is that there was no real competition, everyone had to be kept happy. I said I didn’t want to live through that again. With the change I coach, everyone restarts at zero; Claude Puel has said that nobody is guarenteed a starting place and that everyone will have to be competitive. When I come to training, it’s to fighth to be the best and win my place in the starting line-up ».

[IMG41568#R] During the friendly games, Anthony Réveillère played at both right and left back. A polyvalence which doesn’t, however, offer any advantages: « I can fill in at left back, it doesn’t pose me any problems . I think that the club is looking for a back up (for Fabio Grosso) on the left, it’s not a bad thing as it will allow me to concentrate on the right ». With the emergence of the youngster Lamine Gassama (18 years old), who is also capable of playing on both sides of the defence, Claude Puel has four full backs that he can choose from: a rich man’s problem, some might say. « At OL, we only have international and first choice players , smiles Réveillère. I wouldn’t like to be in the coach’s shoes . Managing a team like OL, is first and foremost about man management. »
Facebook
Tweet
Forum