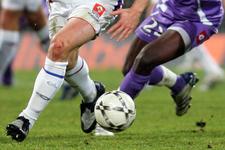 In these nine opening games, OL failed to score on 2 occasions (away to Lens and Lille).

Amonst the players still in the OL squad, Juninho at Guingamp, Benzema x 2 (against Nantes & Auxerre) , Fred and Baros have all scored on the opening day. Makoun managed to do it for Lille against OL, in 2003-2004 and against Rennes in 2005-2006, Piquionne scored for Monaco against Saint-Etienne in the 2007-2008 season opener.

For their season opener with OL, what is the record of the managers?Jacques Santini managed a draw and a defeat; Paul Le Guen, 1 draw, 1 defeat and 1 victory; Gérard Houllier, 2 victories and Alain Perrin, 1 victory. In his time at Lille, Claude Puel had a record of one defeat, one draw and 3 victories.
Videos