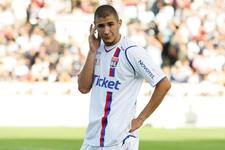 It’s a small moment of recent French football history: for the first time since 2001, OL have failed to start off their season with a win in the Champions Trophy match. They came close to doing it though: during the penalty shoot-out, Govou and Grosso, both had chances to score the winning goal. Without success. It was Cris, who lifted his effort over the bar, that gave the success to Bordeaux who, despite not winning any trophies last season, were worthy of their win. If OL can be a little disappointed that they did not take advantage of the victory that was there to be taken, there is no way anyone can cry scandal. For over an hour of the game, Bordeaux gave the French champions a hard time like no other team has been able to do in the inaugural match of the season.

For those who have been wondering which teams could pose a threat to OL this season, Bordeaux have given them a good idea. The Bordeaux squad has only been slightly modified: only Gouffran and Gourcuff have arrived to reinforce a side that gave OL a good run for their money last season. Stability pays, especially at the start of a season.

Especially as Laurent Blanc was able to count on his full squad for the game, Claude Puel was, however, without a number of players (Ederson, Mensah, Fred & Keita), and at the last minute Juninho, who has a slight injury. That takes nothing away from Bordeaux, who, in winning the second Champions Trophy of their history, managed a remarkable performance: only conceding one dangerous opportunity to the French champions, Karim Benzema lifting his effort over the bar under pressure from Ramé (65th). After a second half that they negotiated in better style than the first, Lyon could have stolen the game at the death, but Milan Baros could just not reach the cross played in by Benzema (91st).

Starting off the match quite well with a lot of closing down all over the pitch and quick defensive repositioning, OL were put under a lot of pressure by Bordeaux and spent the majority of the first half defending, not managing a single shot on goal. The central defensive pairing of Cris and Bodmer, were often in danger from a Chamakh who was as remarkable in the air as he was ball at foot . A symbol of the difficulty was the lone raid of the Moroccan, who eliminated , one after the other, Bodmer then Cris before Lloris knocked him over without the referee awarding a penalty (18th). From the following corner, a shot from Henrique crashed into the crossbar (19th). The rest of the game was played out between Lloris and the Bordeaux forward. The OL keeper saving efforts from Gouffran (25th), Fernando (37th) and Chamakh (38th, 50th & 51st). Gourcuff missing out as well after a good cross from Wendel (82nd).

The good performance from Lloris, which carried on into the penalty shoot-out, and an encouraging half hour of play were not enough. The Lyon squad now has a week to get over this rare defeat. On Sunday the 10th of August, Toulouse will be at Gerland for the start of the League 1 season.
Videos