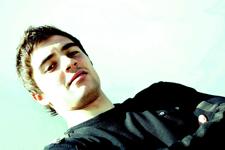 Anthony Mounier speaks about OL's pre-season preparation: "you have to suffer in order to prepare well" he confides. With a possible departure talked about at one point, the midfielder has decide to stay with the club " to get a maximum amount of playing time in the League".
You’ve been back in training for just over two weeks now. How is your preparation going?
It’s going really well, I’m in form. Last week in Tignes was tough but you have to suffer in order to prepare well. Things are getting better and better. Right now, I’m the oldest of the young players: it’s really good to see the youngsters from the academy training with the pro group. (…) The atmosphere is great; everyone gets on well. For the start of the season, it’s great.

One of the objectives of the sart of the season is to catch, Claude Puel, the new coach’s eye...
The first training camp allowed the youngsters to integrate the group, and show what they were capable of in the absence of the international players. I don’t know if I’ve scored any points (Anthony Mounier scored during the friendly against Nîmes, 3-2), I’m just giving all I have in training and in the friendly matches. We have a lot of players in the midfield, but I’m going to use that fact to learn and then we’ll see if I can get a bit more playing time.

There was talk of you leaving the club. Have you made a decision concerning your future?
There was talk of me going to Nice but I think I’ll stay at OL this season so that I can keep progressing, to get a maximum amount of time on the pitch with the "pros". I’ve spoken to the coach, as I had a few questions, and I’ve decided to stay. I’m going to do all that I can to break into the first team. I’ve been with the CFA side for the last four years; I don’t particularly want to play there anymore. If I’m staying, it’s to get a maximum amount of playing time with the "pros" in League 1.

What are your first impressions of Claude Puel?
It’s the first time I ever seen a coach take part in the fitness sessions. It’s good; he sees what the players are going through. The fact that he takes an active part in training with the players helps us respect him.

In training we have seen you working a lot on positioning and movement. Can you tell us a little more about it?
Yesterday, we worked on the defensive tasks of the midfielders. The day before it was the defenders that did it. Over the last two days we have really been working on defensive tactics.

Sébastien Squillaci has just moved to FC Sevilla. What memories do you have of him?
He’s a winner, very competitive. Last year when things weren’t going well he was always there. He hated losing. You good go to war with a guy like him. He was a great player and at the same time a really great guy.
Facebook
Tweet
Forum