Go down in history 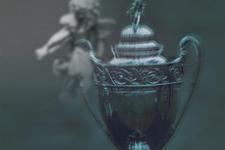 OL and PSG are both looking to win Doubles on Saturday night at the Stade de France. The most beautiful being the one OL are looking for, the first in their history...which would cap off an unbelieveable season...
The seasons go by, the club grows and the trophies build up, but the Old Lady /b has refused herself to the club since 1973. It is the cup that has been missed by an OL who have dominated France and are among one of the biggest clubs in Europe. It hasn’t come to the clubs trophy room yet, if Hope, most definitely has. Going out onto the pitch of the Stade de France this Saturday, Juninho and his teammates know that they have perhaps done the most difficult thing, in qualifying for the Final. The joy of winning the Cup and achieving the Double is something they cannot let slip by. OL would go down in French football history just that little more. On a personal level, they would be creating memories that would stay with them for life and gaining the eternal gratitude of the supporters. And what would there be to say about the honours racked up bywith OL by Coupet, Govou, Juninho? Sumptuous.

This rendez-vous in Paris against the club from the capital, who have saved their First Division statu sis exciting. Already qualified for the UEFA Cup thanks to their win in the Coupe de la Ligue, PSG can make their season a lot brighter by achieving the 3rd cup double of their history.

Exciting but with a hint of nostalgia , as this match could mark the final appearance of a number of their players. Pauleta, evidently, who will not be Parisian next season. The Eagle of the Azores will be putting away his shooting boots. As for Lyon, it’s a period of interrogation. Interrogations about the futures of Coupet, Govou, Juninho, Ben Arfa, Fred… Exciting and a paradox, as both coaches are not guaranteed of staying in place and that both teams have been the targets of criticism since last August.

On paper, OL are strong favourites . 36 separated the two clubs at the end of the League season; they have the League’s top scorer, the best attack, they have a team almost exclusively made up of international players … without forgetting the two wins already registered against Paris this season … the shot in the arm of the 7th title won after the struggle with Bordeaux… and the bonus which is represented by their chances of taking the Double. They will, however, have to do without Cris, who is suspended.

« We’re neither heroes … nor zeros… ». Paul le Guen well resumes PSG’s situation, now that they are safe. But he knows that taking the Coupe de France from under the nose of the mighty Lyon would be an outstanding performance! He also knows, from experience, that the Final of the Cup is not an ordinary game. «The recipe for success? Desire, mental… ». Sidney Govou corroborates, in his own style, the particularity of the two Cups. 2 teams who have benefited from good draws which cleared their way to the Stade de France.