Round 35 in the League 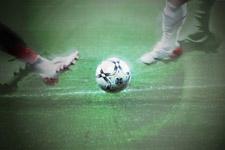 This weekend see's round 35 in the League… 10 games with the match PSG – Auxerre of particular interest for the relegation battle…
PSG have no choice if they want to save their season. Against an Auxerre side, still not out of trouble, the Parisians need all 3 points. Auxerre only need a draw to be safe. Bordeaux are still dreaming of the title after their win over Toulouse. They are just about assured of a place in the Champions League. Nice dropped 3 points against Monaco but are still in with a chance of a European spot.

Metz have been playing for pride for along time now. St-Etienne aren't too far from OM & Nancy and are playing well at the moment. Rennes aren't playing for nothing either at the moment. Strasbourg suffered their 7th defeat in a row against OL. The Alsatians are looking like a good bet for relegation… unless they pull off a shock result in Brittany. Sochaux need just a few more points to be safe. Lorient however are looking for an Intertoto spot.

Valenciennes probably won't finish much higher than their actual placing. Nancy are fighting with OM for 3rd place. Nancy will be looking to their solid defence in order to bring something positive from their trip up north. Monaco turned things around against their neighbours from Nice and can possibly finish in the top half of the table. OM played baly against Lille and are no longer on the podium but still hope to finish on it. It makes for an interesting derby…