OL, at last in a semi-final 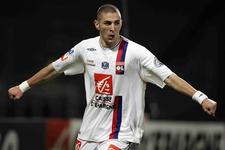 By beating Metz 1 - 0, OL have qualified for the semi-finals of the Coupe de France. Karim Benzema scored the only goal of the game.
Beating Metz by the smallest of margins (1 - 0), OL have gone further than one step along the way, they have gone further than one more round in the Coupe de France, it is more than just a win against the bottom placed club in L1: they have gotten to the Semi-Final of the Coupe de France for the first time since 1998, only the second since the Final lost to Marseille in 1976. It’s quite an event for OL even considering the lowly place of Metz in the League. OL’s fourth victim in the competition didn’t give up without a fight, a performance that doesn’t mirror their poor performances in the League this season. Not letting anything go, they made OL’s task very difficult, keeping the suspense going right to the end of the game, maybe not doing enough to win but the game could have gone to extra time.

OL didn’t exactly play very well, especially in managing the game and when they didn’t have the ball, the backlash from the game against Rennes was there to be seen, like at the start of the second half when OL were pinned down in their own half, unable to push back Metz. Luckily for them, neither Pjanic (48th), nor Agouazi (50th), or Gueye (53rd & 56th), even though they were well placed, were unable to hit the target. Alain Perrin’s men also owe their qualification to a superb save from Grégory Coupet who pushed away a shot from Gygax (80th).

With Crosas, prefered to Bodmer in the middle, and an offensive trio of Benzema – Fred – Keita, OL did all they could at the start of the game to not relive the same match as the one against Rennes last Saturday. Even though, they had to wait until the 38th minute before opening the scoring, Alain Perrin’s players had tried everything to try and get in front. If they had been a little bit more inspired and without an excellent Christophe Marichez, they could have made the difference on the first half. Fred came up just a bit too short after a cross from Keita (4th), Benzema’s efforts all missed the target (16th & 32nd), and Metz’s goalkeeper also stopped efforts from Juninho (10th & 19th) and Keita (20th & 22nd).

Just like against Créteil and Sochaux, Karim Benzema turned the situation around. In the centre of the Metz box, during a period where OL weren’t playing too well, he took his time waiting for the chance and then fired past Marichez (38th). His 6th goal of the season in the Coupe de France, his 28th in all competitions for OL this season, the first of his career in front of the North Stand.

Lyon left a lot of space behind their defence for the Metz attack but shots from Gueye and Pjanic scraped the posts of Grégory Coupet’s goal (15th and 21st). The keeper then stopped an effort from Barbosa (35th) then saw Cris stop Bassong on his way to goal (36th). Just before the break, Keita could have doubled the score but only hit the side netting (42nd).

In the second half the game became a little crazy. After leaving the game a little too much to their guests, Lyon tried to go for the knock-out, without any luck. After a mazy run in the Metz area, Benzema forced a save from Marichez (59th). The keeper then pushed a shot from Källström straight to Squillaci but he defender, inside the six yard box couldn’t score (58th). The keeper then saved a shot from Keita (62nd) then stopped Juninho from scoring (79th). Gerland had been worried for a while when a shot from Barbosa went just wide of Coupet’s post (87th). At the other end, Cris fired a header off the crossbar (83rd).

So the adventure continues for OL. At a level they have not reached for over a decade. Lyon have turned a page, tonight, that has lasted ten years. All that is left to them is to write a new page in their history.
Videos