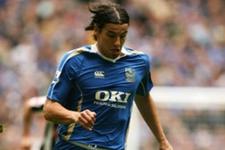 Ederson played all 90 minutes against Lille. 0 - 0

Sandy Paillot has an important game with GF38 against Troyes on Monday. The two teams are battling it out for third place and promotion to the L1. GF38 are 5 points behind Troyes.

Fabio Santos played in the Copa Libertadores match for Sao Paulo against Sportivo Luqueros. A 1 - 0 for Sao Paulo. Fabio came off for Dagoberto. He took no part, however, in the 3 - 1 league game victory against Juventus.
Facebook
Tweet
Forum