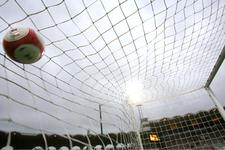 This weekend sees round 32 of games in the League, with the main attraction being the match OM – OL, in the relegation battle there is also a big game between Strasbourg and Monaco…
Auxerre brought home 3 points from their game against Lille. A win which just about assures Auxerre's place in the L1 for next season. Sochaux continue to get better. The team from the East are not safe yet but are on a fantastic run of results. Caen have been playing well in their last 3 games. The Normans are just about safe. Valenciennes are in pretty much the same situation as Caen. But the northerners have only taken 8 points on their travels.

Lens, with a game in hand, have no choice against last placed Metz, who are already relegated. 3 points are necessary ! Nice & Lille are still in with a chance of a European spot. Nice though have taken their foot off the gas in recent weeks, taking only 5 points from 6 games ! Lille were just beaten at home by Auxerre after a run of three consecutive wins. ASSE, with a game in hand, are within shouting distance of Europe alongwith Le Mans. It should be an interesting game.

Strasbourg – Monaco ? A game neither team can afford to lose. 4 defeats in a row for the Alsatians… 9 matches without a win for Monaco. Survival is the name of the game. Toulouse are in the relegation zone, but are on the back of a victory over Metz. Lorient could be in for an easy game. Toulouse haven't won at home since the visit of Lille (1 - 0), in other words, for 6 games!

Nancy without Brison, Biancalani & Kim will try to pick themselves up after the disappointment against Bordeaux. Nancy, threatend by OM, must react. PSG have just won the Coupe de la Ligue and 3 points at home against Strasbourg. A good result against Nancy is very important for Paul Le Guen's squad.

Rennes have shot up the League, and are now in a European spot. Leroy, Pagis et al will face Bordeaux at home, Bordeaux who look set to finish in second place, especially if Cavenaghi keeps on scoring.