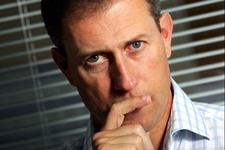 Just three days before the game against Marseille at the Vélodrome, Alain Perrin granted us an interview. Here are some excerpts.
Is the squad excited about playing this OM – OL?
« Playing against Marseille at the Stade Vélodrome, it’s always different. It’s one of the big fixtures of the season. The players want to take part in games like this. We know what we have to do in order to achieve our objectives as quickly as possible. And me? I still haven’t won an OM – OL. Of course I want that to change as soon as possible, especially after our defeat earlier in the season ».

Is there a player in the OM squad that you particularly appreciate?
« Samir Nasri. He was part of the youth system when I was manager of OM. You could see that he had that little extra thing necessary to succeed. He matured quickly in his attitude, his way of thinking and his game play. I know Niang, Ziani & Carrasso better. Cédric played a few games for me in goal. He is very talented. He’s lost his place for th emoment, but only because Mandanda has put in some outstanding performances. Ziani has had some trouble adapting. It’s a shame. Niang, I brought him to Troyes. He’s a great guy who is very talented. He has progressed a lot ».

How would you describe this OM team ?
« They are still in the running for a finish on the podium. They have managed to turn their season around, even if the last few weeks have been rough on them. Of course the have some very talented players in the squad ».

How do you see your team at the moment?
« I think they are playing well together as we saw against Valenciennes. Certain players have lifted their game and have become very important. I’m thinking of Kader, Fred, and Mathieu. That gives me much more options. We have to stay concentrated and not take to easily games that we are playing against supposedly weaker teams. We have to be able to sublime our game as we managed to do against Bordeaux, Stuttgart and Rangers… Set pieces? Yes, I know, we are conceding too many goals. We’re going to work on things before the end of the season. We have to be more concentrated, even if our opponents are allowed to be strong in this domain ».

What did this week look like?
"We gave the squad 2 days rest (Monday & Tuesday). The group needed it, especially when you look at the amount of international players we have. Afterwards we worked on a few specific things relevant to the work we put in on Thursday morning ".

How is Karim Benzema ? Ben Arfa ?
« Karim, we’ll see if he is ready physically and mentally for the game at the Stade Vélodrome. Hatem is working hard. He did some amazing things on Thursay morning in training. Changes? We’ll see. For sure, all the players want to take part in this type of game. Afterwards we have to look at our players form and the specificities of our opponents. In any case, I prefer to concentrate on our strengths and qualities».

[IMG42651#R]Are OL already champions?
« No. We have to win the points that we are missing. Nothing is done just yet, even if we are well on our way. The payers aren’t talking about it. We’re in Money Time, it’s that period that will lead us to a trophy. And we are in the running for two »

A word about the Champions League quarter finals?
« We saw the quality of Manchester against Roma, and the English clubs in general. Barcelone look to be on their way to qualification… and I’m not going to leave without mentioning that Rangers are through in the UEFA Cup. It just goes to show the quality of the teams that we faced. Against Manchester, we can really in all honesty say it went down to the wire … »
Facebook
Tweet
Forum