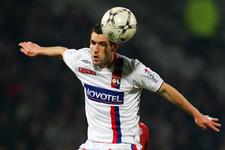 After a day off, the OL squad was back at Tola Vologe this morning. After a long training session, Anthony Réveillère looked back on the tackle that injured Wendel during the game against Bordeaux. « I wanted to get in quick but in my precipitation I got there too soon. (…) Even if it is spectacular on TV, you can see that at the moment of impact I am drawing back my leg I really didn’t want Wendel to injure himself like Edouardo did (victim of a tackle from Martin Taylor during the game between Arsenal and Birmingham, on the 23rd of February 2008, Arsenal’s Croatian international, Eduardo, is out until the end of the season wsith a broken leg), declare the Lyon fullback. I would have been as sad as he would have been. It’s part of the game, these duels. Nobody died and thankfully he isn’t seriously injured, that’s what we need to remember . »

The OL player wanted to let everyone know that he had no intention of injuring the Bordeaux midfielder. « Everyone that knows me, knows that I didn’t want to « mess up » Wendel, he affirms. I’ve never wanted to break another players leg. I’m not that kind of player . »

Réveillère also told us that he called Wendel yesterday « to see how he was » : « It was ok. He was very kind, very understanding. I apologised. I wished him good luck and that I hoped he would recover and be back playing soon. He told me that he had been very scared when it happened, but that he was much better and wanted to get back as soon as possible »
Facebook
Tweet
Forum