33 points...all there for the taking 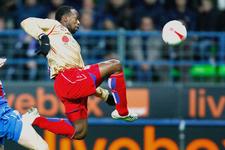 Strasbourg, Nancy, Caen, Nice, OM, Valenciennes & Rennes. These 7 teams will all face OL and Bordeaux during the season run in. Nancy & Caen at home for both clubs. Bordeaux will finish off their season against Toulouse, Sochaux and Lens, OL will face Monaco, PSG and Auxerre.