Metz, after the fact. 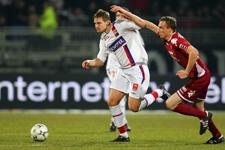 Benzema delivered his 6th decisive pass in the League. He is still the league’s topscorer with 16 goals, he is also top of the goalscorer-pass maker charts with a total of 22.

This season OL have scored 72 goals and conceded 38 goals in all competitions. Toulalan received a yellow card, his 2nd in 3 games. He is in danger of being suspended if he receives a third in the next few games. Since the winter break, Bordeaux have won the most points with a total of 16 ahead of Marseille 14, OL 13, Auxerre 12, Sochaux, Lille & Lens 11... Lille is the only team to remain unbeaten since the start of the return games
Facebook
Tweet
Forum