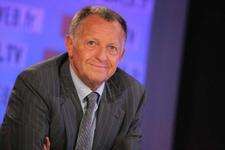 The president and the captain of Olympique Lyonnais are in agreement, Wednesday, against Manchester, «we will havee to be at 100% », maybe even more.
« When a team like Lyon loses a few games, things take on huge proportions » declared Jean-Michel Aulas on Sunday’s edition of Téléfoot, at OL’s training ground Tola Vologe. The president then went on to say « these criticisms are the price of fame. Obviously we cannot ignore this result as it puts us in difficulty in the league, but we can’t take it as a generality, our confidence in the players remains intact.
Against Le Mans, we were up against a team that were hyper motivated. Their ‘hyper-motivation’ is the same as the one that we will have on Wednesday against Manchester United.
Le Mans were playing against the best team in France, we wil be playing against the best team in Europe.
On Wednesday we will have to be at 110% if we want to worry the team from Manchester, no matter what happened at Le Mans.
In order to get the maximum potential out of the squad, the staff and the players will have to be on the same wavelength.»
[IMG42340#R]Nothing but agreement from Juninho. The captain looked back on yesterday’s loss before noting that the Champions League gave the players more motivation anyway : « We’ve talked about it but don’t have an answer yet to explain the difficult run off form that we are going through. I think that before we possessed a team with a lot of character, today we’ve lost a bit of that team spirit.
But this group has put in some great performances already this season. We cannot not be motivated for Wednesday. We will be at 100%, it’s the Champions League. We’ve put in a lot of effort to get where we are and I can tell you that the result is far from a foregone conclusion.