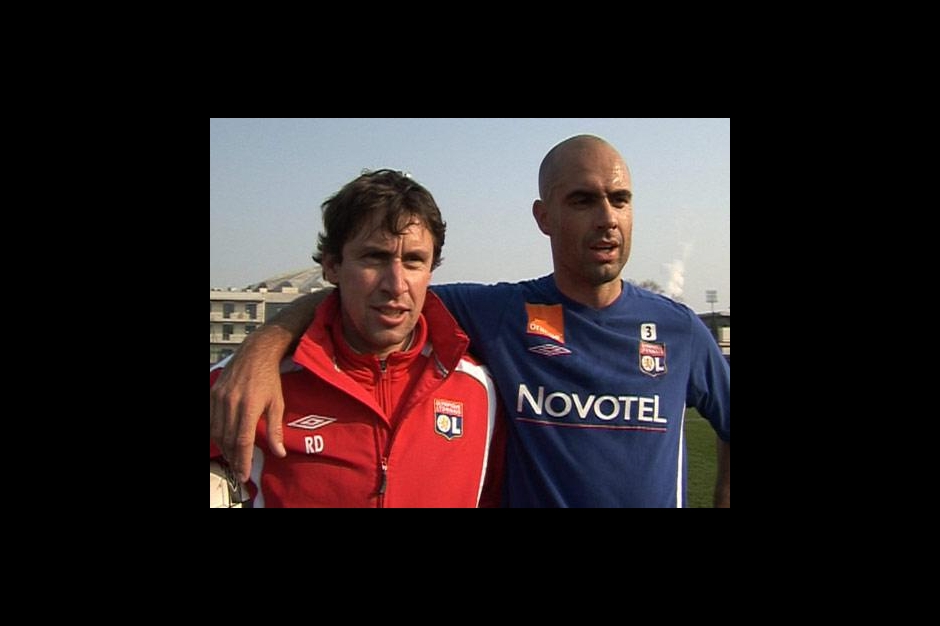 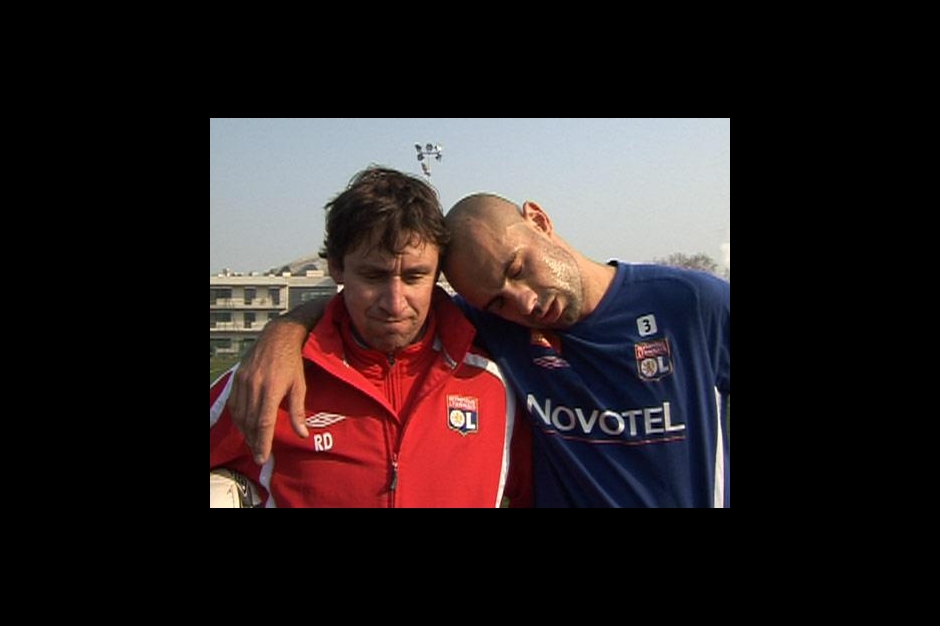 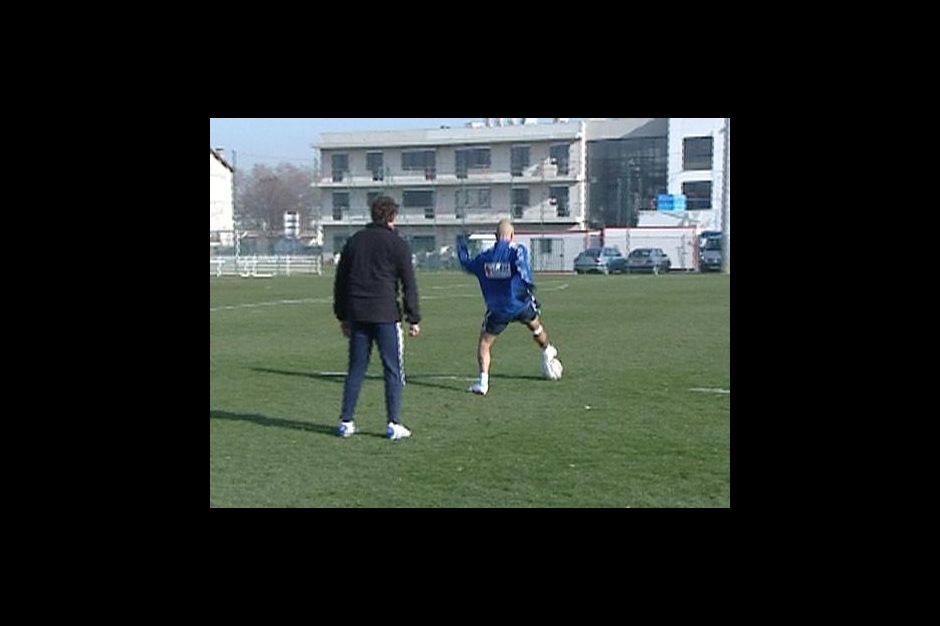 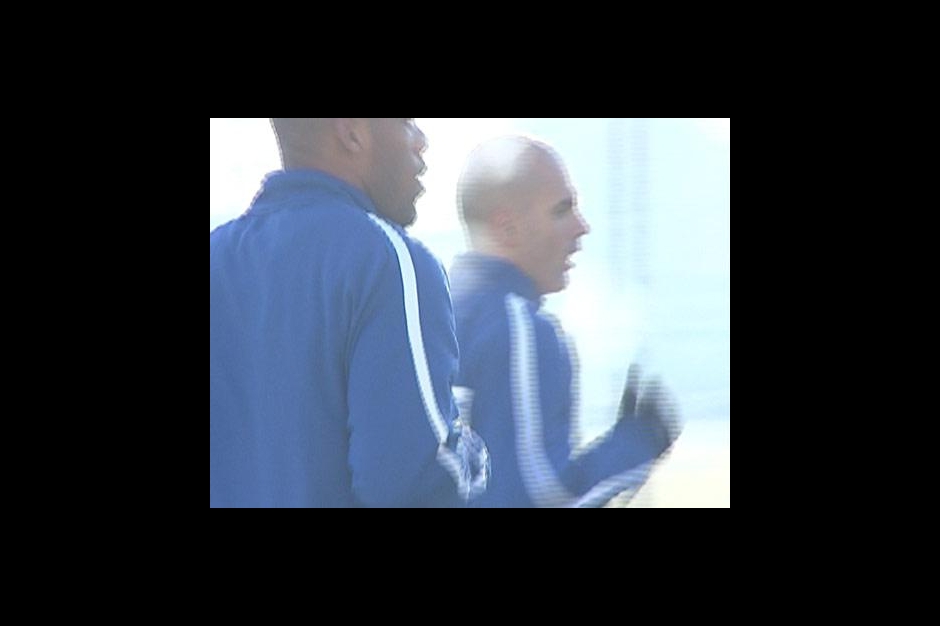 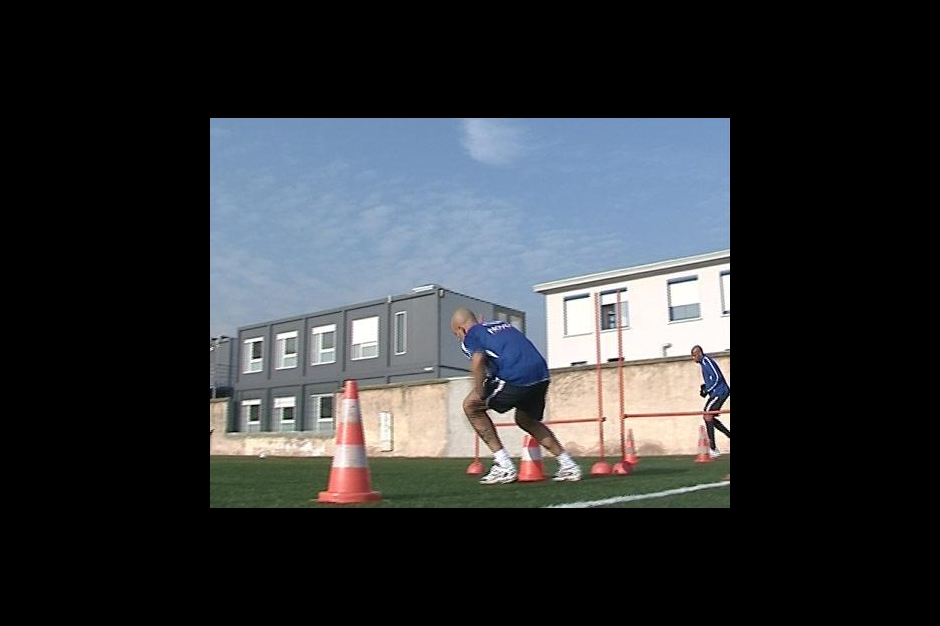 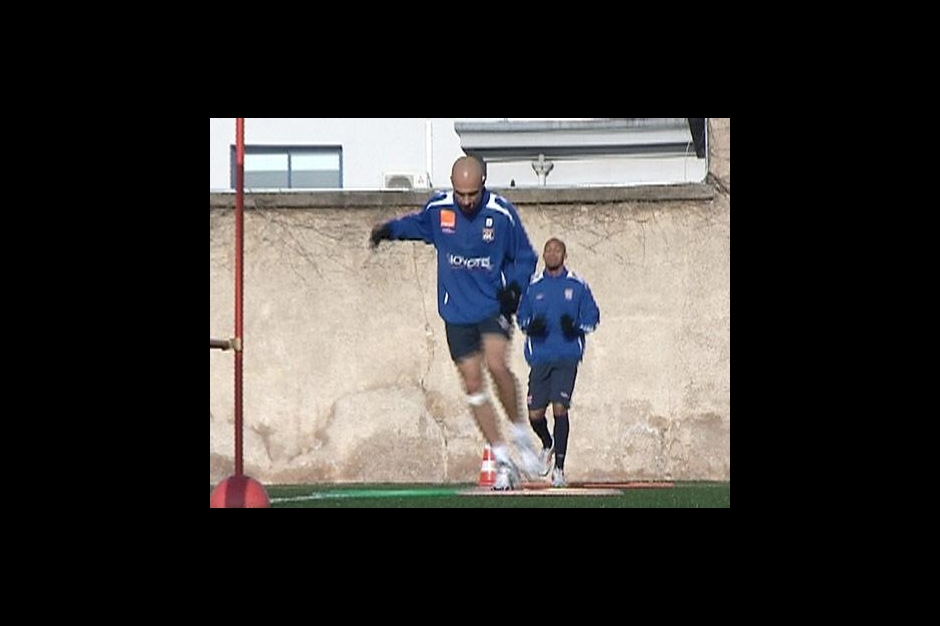 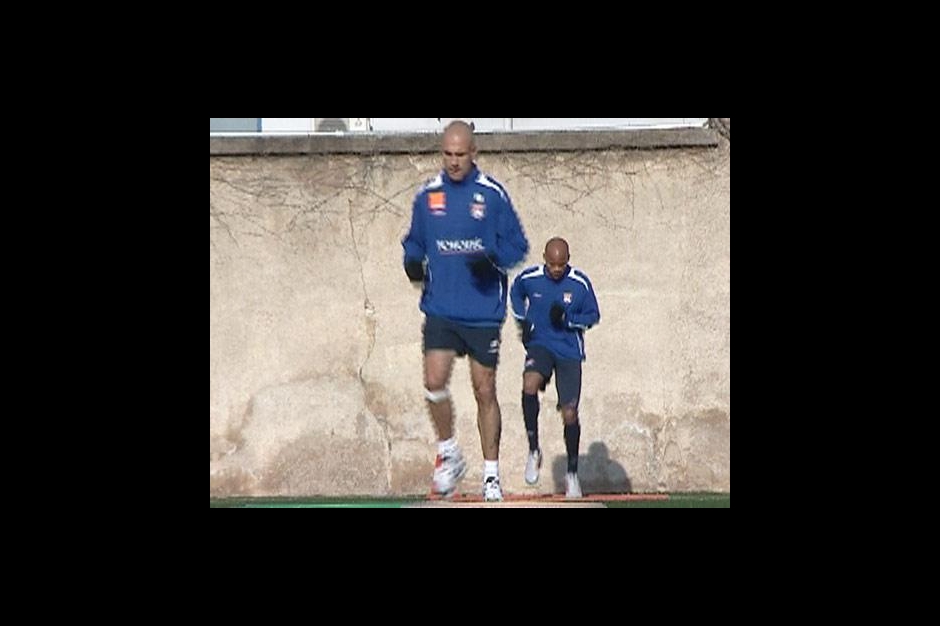 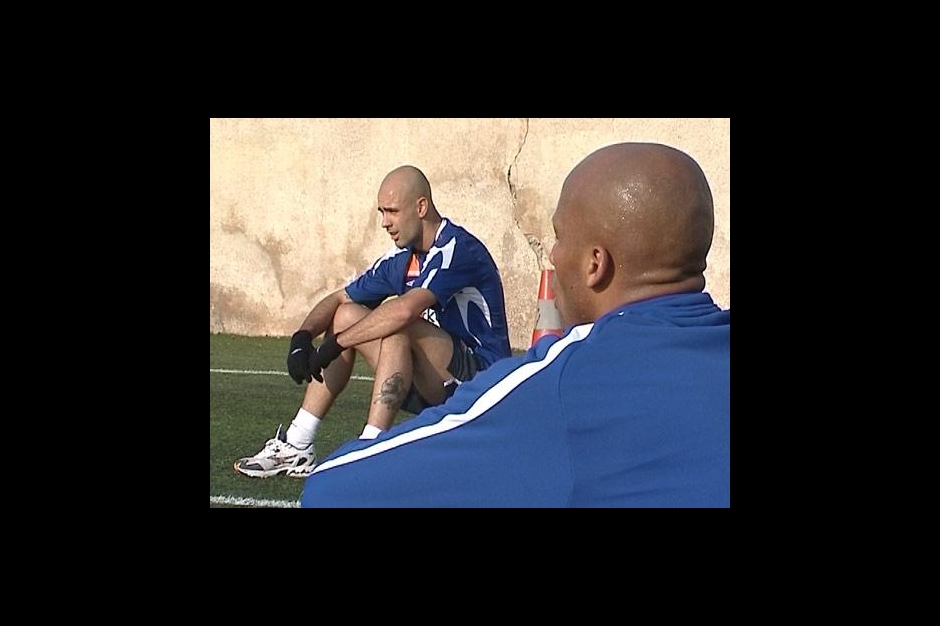 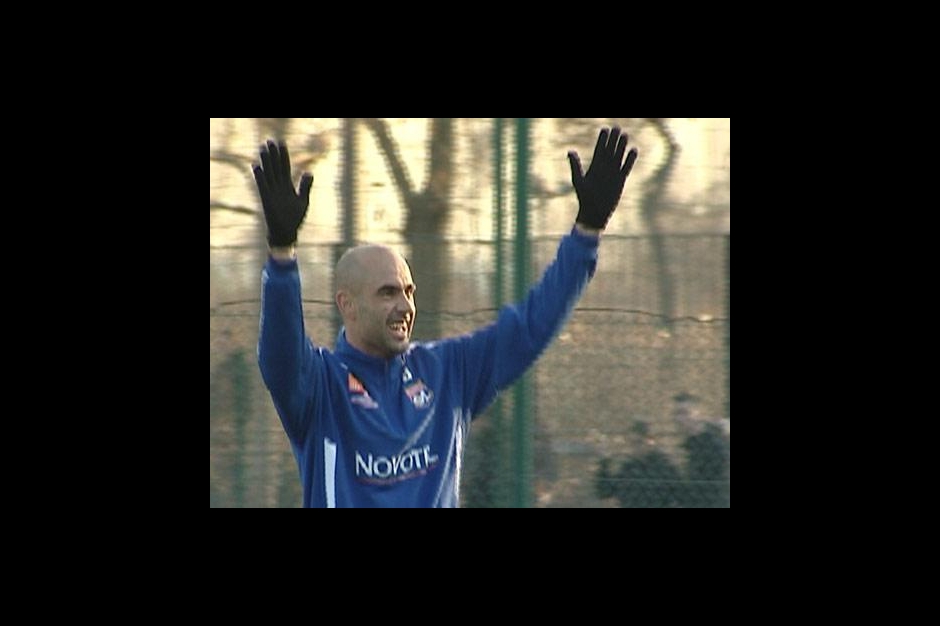 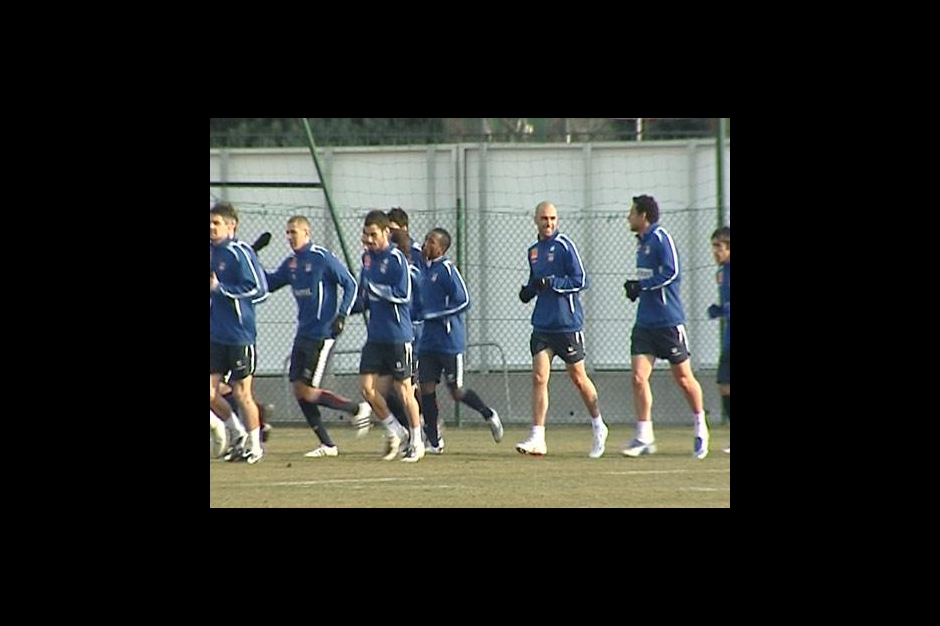 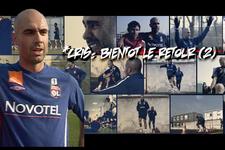 More changes in his rehabilitation programme this week for Cris… The Brazilian also renewed contact with a football…
With the group resting at the start of the week, the Brazilian spent some of his time with Jean-Alain Boumsong. Making an effort is easier with a bit of company. Mixing everything with a dose of humour, Robert Duverne explains, encourages and congratulates during the many different phases of the workout. Cris’ knee seems to be as solid as « Boum », the new signing himself. This can only bode well for the moment they are paired together in defence. The Policeman is still wearing a small bandage on his right knee because of light case of tendinitis. A bandage that is frequently removed before the end of the session. A bandage picked up for a laugh by « Bob » Duverne who sticks it on his left knee.

« Chelito » Delgado also spent a bit of time on the pitch with the duo. A pitch where the two men went out just to gently knock the ball around. No sign of any pain on Cris’ face, the only thing that is missing is a bit of stamina. It has been so long since we have seen Cris with a ball, we had forgotten his amazing technical ability.

Wednesday morning, return to Tola Vologe. The centre back takes part in a session of sprints 50, 100, 150 metres alongside part of the group. It takes great effort to follow the rhythm imposed by Bruno Génésio : 10, 20 and 30 seconds. Everyone is happy when it is over. Putting on his boots Cris joins Robert Duverne for some simple exercises with the ball. Always the same pleasure, always the same work ethic. « I’m happy. We’ll soon be able to step it up a bit more…», says the Physio, visibly content.

Thursday afternoon, warm up with the main group just before they play a short game. After that a bit of ball work with Sandy Paillot who is about to join up with GF38. And to finish up a game of football tennis against the two goalkeepers Roux and Hartock.

Another week on the road to recovery and happily the right knee is taking everything asked of it.
Facebook
Tweet
Forum