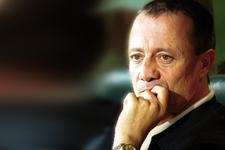 Bernard Lacombe talks about Fabio Santos’ loan deal to São Paulo as well as Fred’s current situation before revealing just what OL need from this winter transfer window…
Can you tell us something about Fabio Santos’ departure…
“For family reasons, Fabio Santos is leaving. It’s a very hard time for him. He’ll go on loan for six months to São Paulo. He’s very upset about leaving because he experienced some fantastic moments with us and the fans, especially the fans.
“It took him some time and at the start he wasn’t really producing the goods but his goal against Lens really set him on his way. From that point on he grew in confidence. He was so determined to show what he could do and keep his place in the team that he played through some incredible pain in his Achilles tendon. He was amazing in some matches, but perhaps overall, his time with us will be a little disappointing because he’s leaving a bit too soon. But he said: ‘I’ll be back in June !’
We will now have to replace him by picking up a midfielder. It’s a bit annoying because the player has already played in the Champions League for another club, but that gives us the luxury of having an extra player just for the league and the domestic cups.”
[IMG42804#R]The media claims this player is Lassana Diarra. What’s the story?
“He’s a player we’re interested in. The first person to mention him was Robert Duverne who works with him in the national team. But it would appear that Arsenal and Arsène Wenger don’t want to let him go. As for the player, he doesn’t seem desperate to return to France either. If he leaves Arsenal, it will certainly be for another club in England.”

Are you aiming to sign a left-back?
“Maybe, because Nadir Belhadj has left for Lens. Today, we have three players for two positions: Grosso, Clerc and Réveillère. To fill in if necessary, the midfielders could be called upon, like Kim Källström on the left or Jérémy Toulalan on the right of the defence.”

Fred’s departure just seems a matter of time…
“I’m not sure of anything. As long as the three parties haven’t reached an agreement there’s a risk it could keep dragging on.”

Is the arrival of Delgado imminent?
“He should arrive on Wednesday or Thursday. With the departure of Fabio Santos, we have an extra spot for a non-European player. And when Cris gets his Portuguese nationality soon, that will give us another option.”

It’s been a long time since OL counted an Argentine amongst its ranks… Not since Claudio Garcia from 1988 to 1990…
“We enjoyed some great moments with Claudio the year we won promotion to the first division. He was a tireless worker and was incredible for the club, both on and off the pitch…”
Facebook
Tweet
Forum