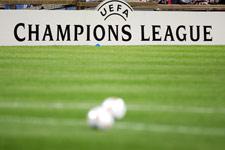 Quote of the day: “This match against Olympique Lyonnais will put us in good stead for the rest of the season, especially in the league, where we’ve had a bad start. Sure, in the Champions League, any result other than victory will just about be the end of our campaign.” But given the absences of Delpierre, Boka, Magnin, Da Silva, Marica and Hitzlsperger, the German champions know they are handicapped for this match.

The match referee will be Portugal’s Lucilio Cardoso Cortez Batista. He officiated OL-Heerenveen on October 25 2000, when they won 2-0. He was also at the whistle on February 28 2002 for the trip to Prague and OL’s heavy UEFA Cup defeat at the hands of Slovan Liberec.