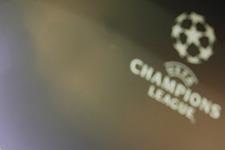 VfB Stuttgart prepared for OL’s Tuesday visit in the wort possible way, going down to a heavy 4-1 defeat at the hands of Hamburg. As has often been the case this season, they started terribly, conceding 3 goals in the first half hour, all the work of Croat Ivica Olic. Pardo’s sending off didn’t help matters. Mathijsen scored another for the home side on the hour mark before Tasci, from a corner, pulled one back for the visitors.
VfB is now 14th on the ladder, just one point ahead of top-ranked relegation contenders Bochum.

In Villarreal, FC Barcelona went down to its first defeat of the season (3-1). Without Ronaldinho, who returned late from Brazil, Frank Rijkaard’s men conceded 2 early goals, one from Cazorla and the other from Senna, who converted a penalty. Barcelona pulled one back through youngster Bojan Krkic Perez, whose first La Liga strike saw him dethrone team-mate Lionel Messi, who set up his goal, as the league’s youngest-ever scorer.
10 minutes before the break, Senna scored his second of the night, another penalty, this time for a foul on Robert Pirès!
The Catalans thus lose 2 places on the ladder, slipping to 4th, missing the opportunity to take top spot from Real Madrid, who lost 2-1 to Espanyol.
The other bad news for Barça is that Deco sustained a left adductor injury and will be out for at least a month, along with the already injured Yaya Touré.

Round 10 of the SPL featured the first Old Firm derby of the season. Walter Smith’s men secured a commanding 3-0 victory that included a brace from Novo. The Spaniard’s starting the match at centre forward was the first surprise of the night, being the first time he started a match since August 18. The second surprise was his opening the scoring with a header. “I can’t believe it,” he said. “It’s only the 3rd headed goal of my career.” Towards the end of the match, he scored his second, from the penalty spot. A few minutes before, Ferguson had also put one past the hapless Celtic keeper.
This win takes the “Gers” to the same points tally as Celtic, but they still trail on goal difference (+19 for Celtic, +18 for Rangers.