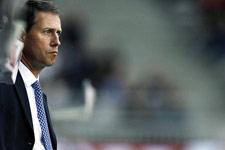 Reactions after the match between OL and Monaco.
Christophe Galtier: It was important to win at home to consolidate our good match against Bordeaux. That’s why we fielded the same line up. It’s good to have Jérémy Toulalan back but we couldn’t play him as he was fatigued after the France matches; it would have been 5 matches in 8 days, including Stuttgart. So we rested him.
We could have killed this match off earlier but we got beaten by a set piece. But Karim stitched it up in the second half. We need to keep working, as we were a bit loose at the back on occasions tonight.

Sébastien Squillaci: It was tough tonight but we did it. It was good to score first and we just went from there. It augurs well for Tuesday’s match. We knew they would be tough on set pieces with their huge forwards. It took a lot of effort and we’ll have to recuperate well ahead of Stuttgart next week.

Juninho: They’re a good away team even though they’re not getting the results at the moment. We scored twice quickly and the Sidney and Karim put together the killer goal in the second. We deserve the win and the 3 points. Tuesday? We have to play our game. It’ll be tough but we’ll do everything in our power to come back with a win.

Kim Källström: We started well and got a 2-goal lead. We had to be careful against players like Koller, who gives defences hell. We’ve seen it in the Champions League and the league – scoring first is important. The break did us good and now we’ll look to qualify for the next round of the Champions League.

Alain Perrin: A good result against a tough opponent. Monaco has quality. We created a lot of chances and could have scored more. Defensively we were lax in certain moments and could have conceded early. We’ll have to tighten up against Stuttgart. We’re conceding a fair bit from set pieces and we’ve lacked a bit of aggression. Like against Glasgow, things like that can turn a match.
Now we’re looking to Tuesday’s match. Our confidence is up – Stuttgart isn’t our biggest hurdle but still an opponent we have to beat.