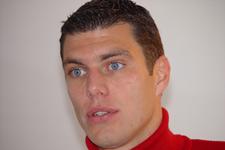 Every match is worth three points… but some are worth more than others.
Wedged between the home loss to Rangers (0-3) and an international break of 10 days, the trip to Bordeaux had all the allure of a “turning point”, something that Rémy Vercoutre confirms, “to get us back on firm footing after the disappointment of the Champions League.”

The loss to the Scots, due mainly to too many defensive errors, led Alain Perrin to insist on the tenet of “support and replacement”. Against Bordeaux, the message seemed to have been taken on by the players. “We worked on our defensive basics so we could more securely launch into attack,” analyses the OL keeper. “That explains the scoreline. It was important to prove that we are a tough side. ”

The win put OL back on top of L1 (on goal difference) – but the Lyonnais are still bottom of their group in the Champions League. An unfamiliar situation in the capital of the Gauls! So all eyes are now turned towards Stuttgart, where the Olympiens must take the 3 points in order to prolong their European odyssey into the springtime. “Both sides will be looking to bounce back after some poor performances, so it looks like a complicated match. There are still 12 points up for grabs. We need to win them all,” says the OL keeper. October holds the key to Lyon’s season. The problem is a simple one: how to balance the 3 competitions (L1, Champions League, Coupe de la Ligue )? “It’s a tough call,” he concedes, “but the only truth is that we play the matches as they come. Each competition is important, but we mustn’t neglect the league, which is our bread and butter”.

Before taking on the German Champions on 24 October, the Lyonnais will host Monaco and will be looking to prolong a while longer their domination of the domestic scene and in so doing, build their confidence. “It’ll be tough because ASM is having a tough time. The Monégasques will come here with fire in their bellies and a strong drive to prove their 4 losses on the trot were accidents.” The ley to the match? “We’ll have to really apply ourselves in order to stay focused and not get caught on the counter.” It certainly seems the defeat to Glasgow has been well analysed and the lessons learned…
Facebook
Tweet
Forum