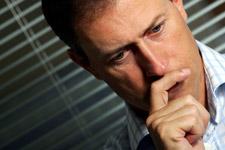 Alain Perrin’s traditional meeting with the press took place on Thursday after morning training. Clerc and Govou are both doubtful starters for Saturday’s game…
Alain is it always tough to play two games back to back at home?
“Yes, but we have to win. We’ve got a little advantage over Lens who had to play in the Coupe de la Ligue in midweek. We have been able to recover and prepare properly. We had a look at the squad. Govou, who has a sore thigh and Clerc, who has a sore calf muscle, both had tests which showed nothing out of the ordinary. We’ll make a final decision about them on Friday. We’ve been working on being more efficient in front of goal and more concentrated at the back.”

You have the chance to draw level at the top of the standings… Is that important?
“Yes, that’s the club’s aim, even though we mustn’t add the three points before we’ve played the match. But we aware of what’s at stake, and can assume a place on the ladder more in keeping with the club’s ambitions. Will a win return a little more serenity around the club? No. We work hard, we improve, and that continues throughout the season. We need a good result, above all, to build our confidence before the match against Rangers. Every match is important when you’re playing regularly and you’re aiming for the top of the table. Every match could be a turning point. We’re preparing for the next two matches, physically and also mentally. We need to be more consistent.”

A word about Lens?
“They had a difficult start to the season. They’ve changed coach. They seem to have a bit more bite about them now. They are a European side with quality players. And we have to get all three points.”

Will you be making changes to your squad?
“I started with the match against Lille and with Kim Källström. We need to find the right balance, player by player, and post for post, depending on what we need and how the players is for form.”

Does your team lack leadership?
“You can’t just name a leader, and I’d remind you that two of our leaders are injured. Cris is a leader by example. I’m happy with the players we’ve got at the moment. You can’t ask too much of others players, asking them to become leaders overnight.”

How are Fred and Müller? And can you tell us about Keita and Anderson?
“Fred and Müller are getting more and more active with each session. Fred will soon be ready to rejoin the squad. Kader? His second half against Lille was very good. His best so far this season. He also had a good Peace Cup. He’s an explosive player, a dribbler who can sometimes confuse speed and haste. He can make too many errors and you have to reassure him. He needs time, to assimilate all the new things at the club. Cléber? He was very good against Lille, without having much time to prepare. He showed his intelligence. Unfortunately he’s not qualified for the match against Lens.”
Facebook
Tweet
Forum