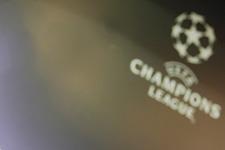 Stuttgart, Rangers and Barcelona all registered wins on Wednesday evening...
[IMG42471#L]It was certainly a good result for VfB Stuttgart on Wednesday. At home to Bochum, Armin Veh's squad recorded a 1-0 win thanks to a 50thminute strike from Hilbert.
Even with Mathieu Delpierre still out injured, the German champions treatment room is slowly emptying. And for this Week 7 clash, the Stuttgart coach was able to align Bastürk and Gomez (Player of the Season in the Bundesliga last term), both returning after missing the start of the season.
Thanks to the win, the Kickers have climbed back to ninth on the ladder, just three points from third place.


[IMG42469#L]Still winless away from home, FC Barcelona still rules at home. On Wednesday evening, the Catalans disposed of Real Zaragosa 4-1, with Lionel Messi scoring his fifth goal in... a week, with another double (5' and 11'), the second in two games. Iniesta (22') and Marquez (45') got the other goals.
Franck Rijkaard's side are currently third in the standings. The only downside to the evening was the injury suffered by Zambrotta.
Still suffering from a calf strain, Ronaldinho was again missing. But the Catalan giants announced that the Brazilian is still a key figure for the club.