Barcelona, Stuttgart and Rangers for OL 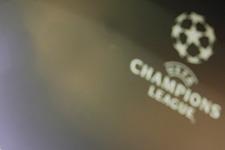 The Olympiens will get their campaign under way with a trip to Barcelona on September 19, where they will come up against former team-mate Eric Abidal, who left Lyon for Catalonia this summer.
They will finish their first round with the dangerous trip to Glasgow.

OL has never played against Stuttgart or Rangers before, but they did play Barcelona in the group phase in 2001-02. The Olympiens lost the first match 2-0 at the Nou Camp before losing 2-3 at Gerland.