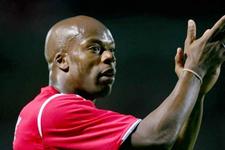 The new Rennais also had a habit of scoring very important goals, notably last season: in Bordeaux, Sochaux and Le Mans, as well as against PSG in Coupe de la Ligue, when he scored a brace in OL’s 2-1 knockout victory. His last season was also marked by a series of injuries. At OL, he scored a hat trick in Strasbourg in 2005-2006. He also racked up many assists as well as playing in every position across the OL front line; on the left, the right, behind the central striker and also as central striker. He was also captain on several occasions. In 3 seasons at OL, he was only sanctioned twice: away to Werder Bremen and at PSV on February 21, 2006.
Facebook
Tweet
Forum