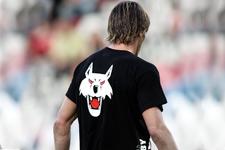 Grégory Coupet this afternoon had an MRI that revealed a rupture of the internal medial ligament in his left knee, a small strain to the posterior and instability in the meniscus.
He will be operated on by Professeur Bernard MOYEN at the Lyon-Sud Hospital.

Since his arrival at Olympique Lyonnais, Grégory Coupet has missed 15 French league matches due to injury.

In season 2003-04, an injury to his right hand sustained during a Champions League match against Real Sociedad forced him to miss three L1 matches.

In 2004-05, he missed 7 league matches after injuring his right knee against Fenerbahce in the Champions League.

Last season, two injuries kept him from playing in 5 L1 matches: one to the hand and the other a thigh muscle problem.
Facebook
Tweet
Forum