OL to the power of 6 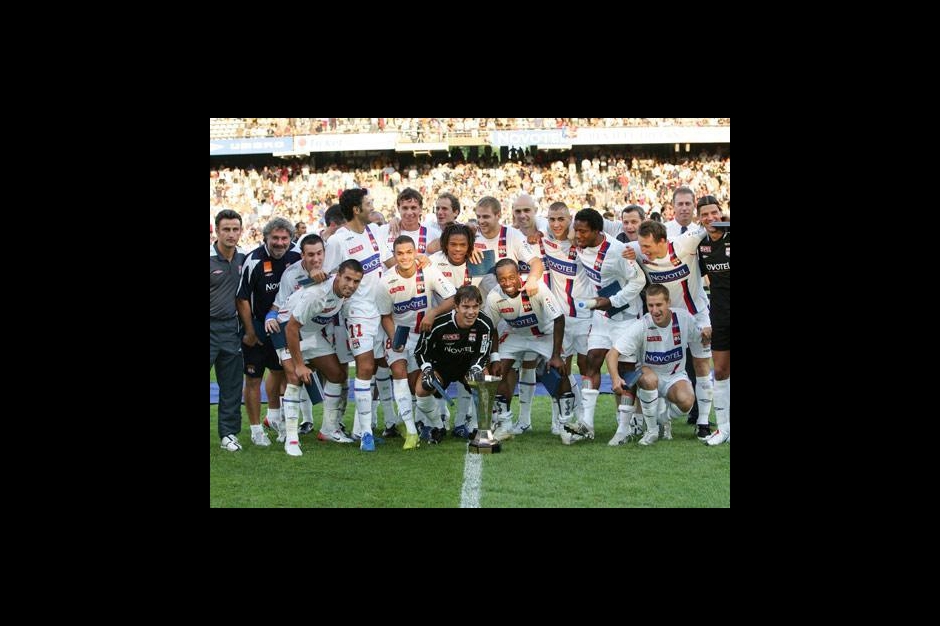 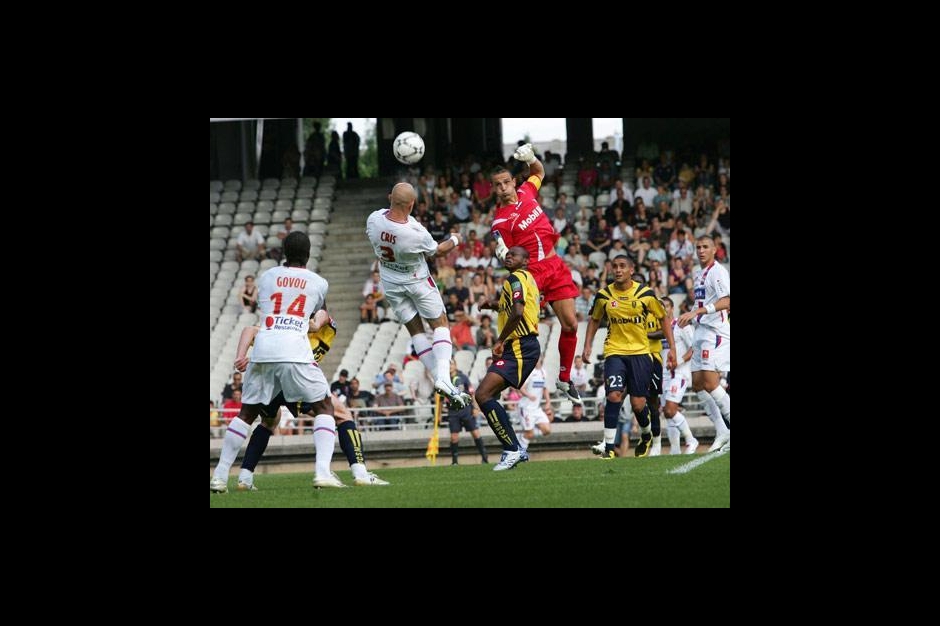 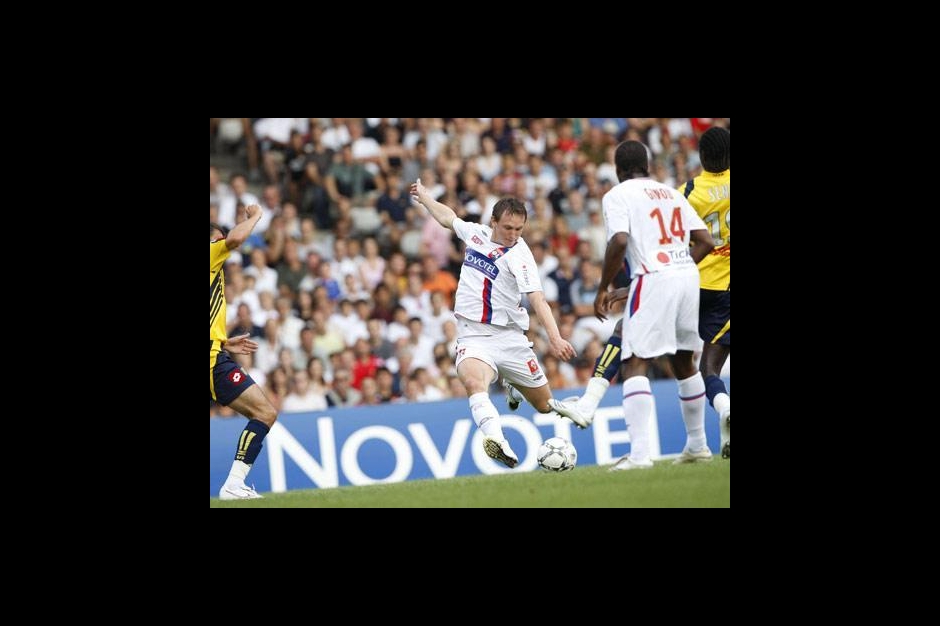 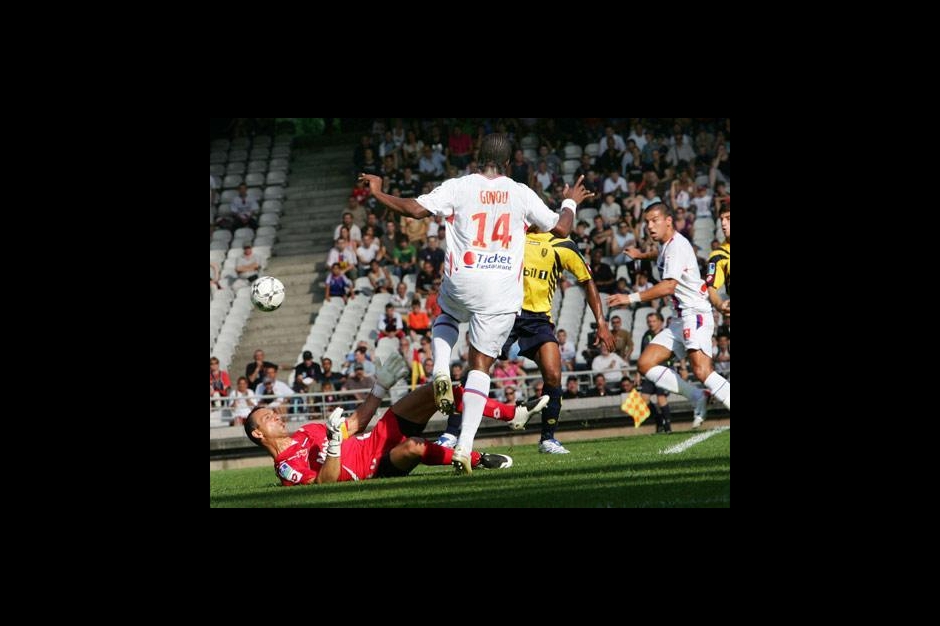 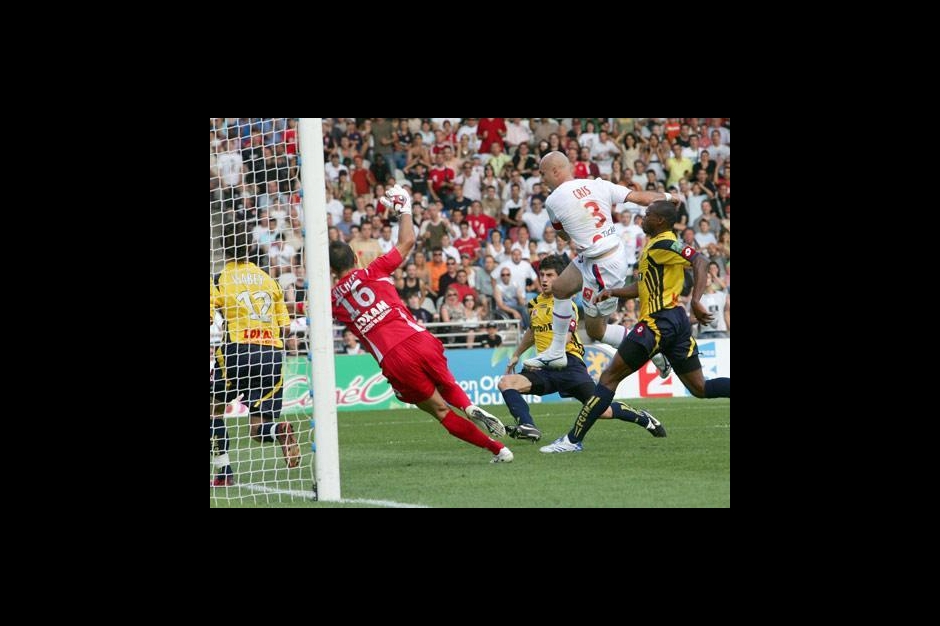 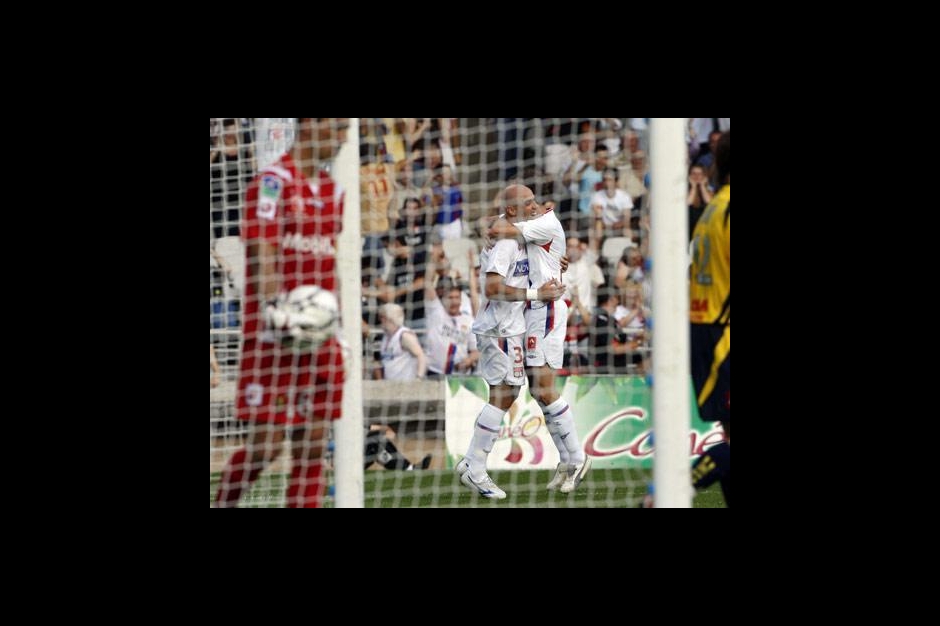 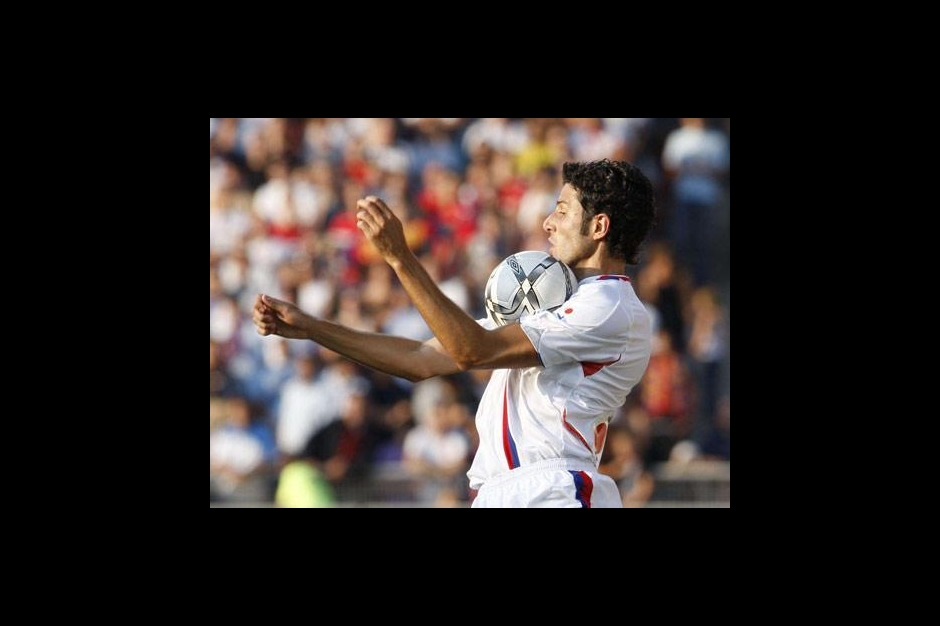 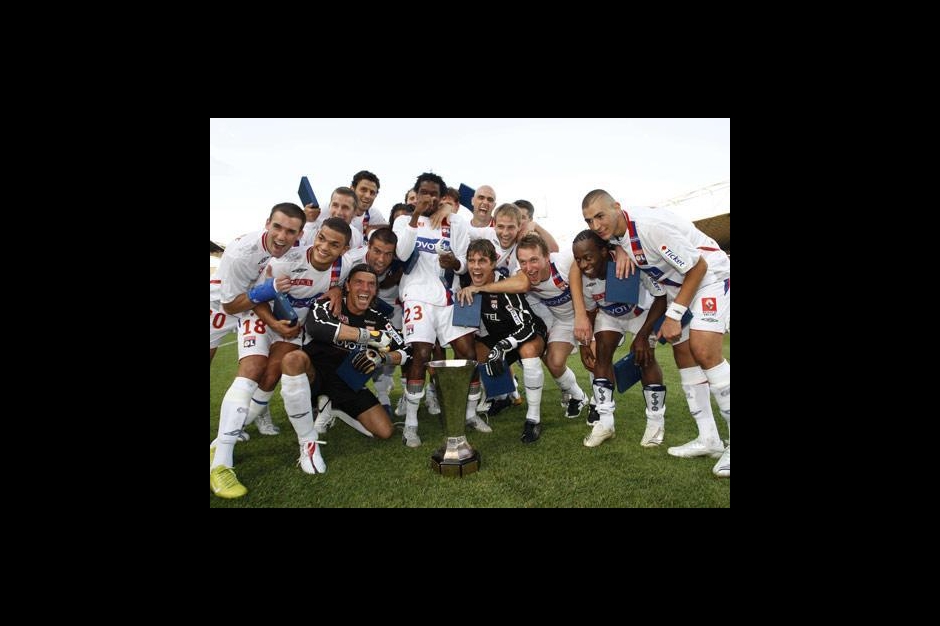 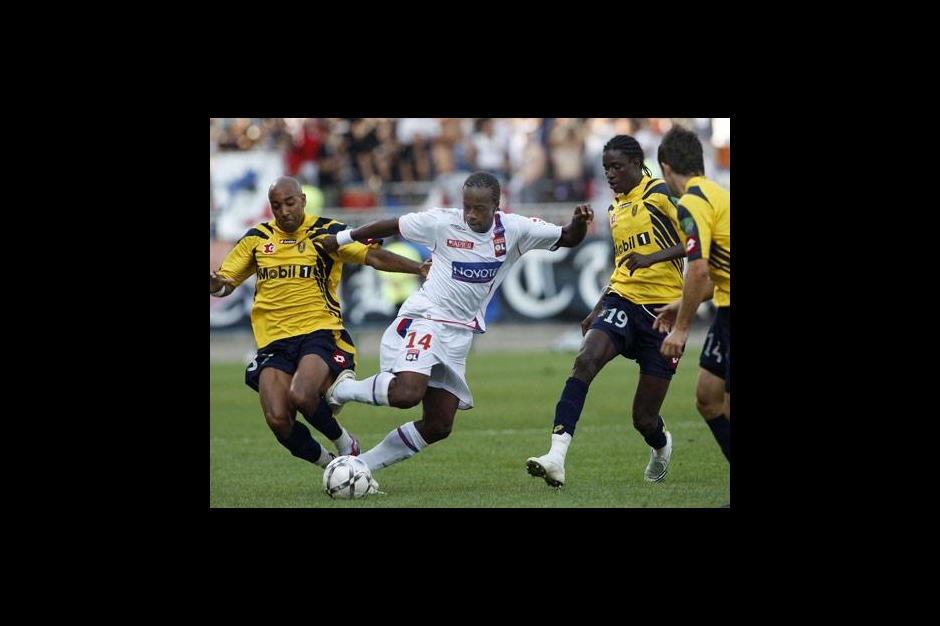 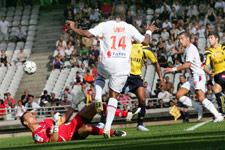 OL took out the Trophée des Champions for the 6th year in a row. Against FC Sochaux, the Lyonnais secured their 16th trophy since their return to L1 with strikes from Govou and Cris.
Despite the absence of several first-team regulars, OL perfectly controlled the game against a Sochaux outfit also missing several key players.
Once again Alain Perrin’s men kicked off in a 4-4-2 formation with man of the match Sidney Govou on the left flank and Milan Baros and Karim Benzema in attack. Kader Keita, often positioned up front by Perrin, slotted into the role of right-sided attacking midfielder.

This first official match of the season also gave the OL fans their first chance to see star signing Fabio Grosso in the OL shirt. Brought on in the 81st minute, the Italian World Cup winner spent the last 10 minutes of the match in an attacking position. The match result was never really in doubt, even after a first half that Lyon didn’t start so well.

After 2 scares, firstly with Coupet grabbing Dalmat’s shot (11’) and then a goalmouth scramble in the 13th minute, Birsa sprung the off-side trap and beat Grégory Coupet with a delicate chip. (14’).

The Lyonnais were left ruing their poor finishing, a problem for them in the recent Peace Cup as well. In the first 15minutes, which was largely to OL’s advantage, Alain Perrin’s men consistently failed with the final ball. Benzema fired wide after being set up by Keita (3’). Then Cris’s header flew over Richert’s cross-bar (7’). Govou, also with his head, shot straight at the Sochaux keeper (9’), who minutes later made an impressive double save from Kim Källström’s long-distance effort (12’).

But OL has in Karim Benzema a multi-talented forward who this time turned provider. Latching onto a long pass, he put Sidney Govou clean through on Teddy Richert’s goal. The France international, who yesterday celebrated his 28th birthday, chipped the onrushing keeper and in so doing became OL’s leading scorer in the Trophée des Champions *.

The Lyonnais then piled on the pressure and kept the shots on goal coming thick and fast. One-on-one against Richert, Benzema got too much on his shot and fired wide (27’). Milan Baros got on the end of a Keita cross, his header crashing off the bar and crossing the line before bouncing out… but the referee ruled that there was no goal (29’). The Czech international also found himself on the end of a cross from François Clerc but completely missed his volley (37’) and then it was Benzema’s turn to miss the target (41’). Even though their finishing was woeful, the Lyonnais kept on believing until the end. In injury time at the end of the first half, Benzema fired a header from a Keita corner only to be denied by the fists of Richert. But the Sochaux keeper could only parry the ball into the path of Cris who had no trouble, at point blank range, in scoring OL’s second (45’).

But the scoreline at the break hardly reflected Olympiens’ dominance of the match. With the exception of Birsa’s strike, Sochaux had hardly put Coupet under any pressure at all. Only Sène managed to shoot wide to the right (26’) and then force the international keeper to punch the ball out for a corner (45’+1).

In a less lively second half, the Lyonnais maintained control of the match and restricted their opponents to a minimum of chances: Erding fired straight at Coupet (58e) and twice Affolabi headed wide (67’ and 81’).

Alain Perrin brought on Mathieu Bodmer and Hatem Ben Arfa and changed the formation to 4-2-3-1, with Bodmer as playmaker behind Karim Benzema, who was alone up front. The second half had fewer chances on goal and only Karim Benzema really troubled Teddy Richert with a strong shot (46’), but the OL manager would have been pleased to see his side prove that it can play a strong defensive game when needed, holding formation and containing the opposition.

Now it’s up to the Olympiens to keep their strong beginning to 2007-08 (5 wins and 1 loss) going. As for the last 5 seasons, OL has snapped up the first trophy on offer. In Lyon, it seems to be a habit…

*Govou has 3 goals in the Trophée des Champions, the same as John Carew, who scored a hat trick in the 2005 edition of the competition.
Facebook
Tweet
Forum