Just a couple of things… 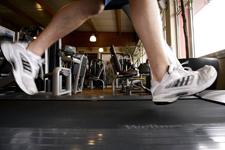 Just a couple of things seen while walking or running in the streets of Seoul…
After a good week in Korea, we realised we hadn’t seen any dogs in the streets, and the finally, we came across some nice little puppies with their owner. These dogs won’t end up on someone’s dinner table – some Koreans, mostly men, eat dog meat in soup, which is considered to improve their sexual performance. The young Koreans accompanying the OL delegation swore they had never tried it. “But apparently it’s very tender and flavoursome… and expensive.” The dogs destined to end up as food seem to be a special breed. As for cats on the streets, they’re also quite rare (we saw just one). They are thought to be like spirits and as such are feared – they certainly don’t end up in the stew pot!

Bicycles are also rarely seen in Seoul – one has to lose oneself in the mazes of small streets to someone riding a bike. With the traffic the way it is, the lack of bikes is completely comprehensible. Cyclists do their thing in parks or in special lanes dedicated to cycle travel.

[IMG42320#L]When it rains, and the season is soon approaching, the umbrellas come out. The Koreans do everything they can to avoid, for example, raindrops getting into the foyers of hotels. They have installed a machine that effectively covers your umbrella in plastic, preventing any unsightly dripping.

There are the fitness clubs in the big hotels. The Koreans go there to play sport (gymnastics, cycling, running…), but also golf – seeing golfers in the foyer isn’t in the least unusual. The Koreans also spend time in the sauna and the pool… and then get a beauty treatment from head to foot. They even have an outfit, the same for men and women, save for the colour, for when they hit the gym, the weights and the running track… and they do it all while watching the TV.
Facebook
Tweet
Forum