Florent Malouda and his future 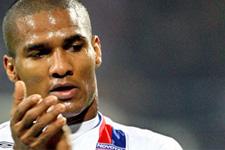 Florent Malouda met on Monday with OL President Jean-Michel Aulas to discuss with him the approaches he has had from various big European clubs. The Guyanan then spoke at a press conference…
Florent did you meet with the President on Monday afternoon?
“Yes. We spoke mainly about my future. I have been approached quite seriously by several clubs. I obtained certain responses from the President. We agreed to speak again very soon. He e reiterated his desire to keep me at the club. We’ll see what happens.”

What are your wishes?
“Certain clubs have made me some interesting proposals. I have no explicit desire to leave. We have had discussions with the President. None of this will change the quality of our relationship. I haven’t demanded guarantees from OL in order to stay. That’s not my role. We have only discussed my personal situation. Which clubs? I won’t say. I didn’t tell the President that I want to leave at all costs, I just made him aware of the situation. Between now and the end of the league, I hope there will be some developments. I was happy with how our meeting went. We spoke very frankly.”

A word on the offers made to you?
“Some things you can’t refuse. I’m in a situation where some of these things have come up. We’ll see whether they materialise or not. They are sporting and financial challenges… of course. There is no way I’ll leave OL for a lesser team; the offers have come from overseas clubs that are bigger than OL. I would be lying if I said I’m not open to this kind of proposition.”

Isn’t leaving one year out from the European Championships dangerous for you?
“For me, no. We’re not there yet. I just related what happened with the President. I don’t want to feed the rumour mill. If a transfer doesn’t come off, then so be it. I’m not unhappy at OL. It’s not a question of money. My price? It’s the rule of supply and demand. Personally, I have no idea.”
Facebook
Tweet
Forum