It’s all about points and goals... 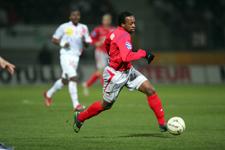 After 12 matches in the second half of the season, OL is still well ahead with 66 points and have a match in hand, as do Rennes, Bordeaux and Nancy. The Olympiens lead by 17 points, possibly 20 should they beat Rennes in their postponed match.

8 matches from the end of the season, no team has taken 6 points from 2 matches against OL. Last season, Lille achieved this exploit. Only Rennes still has a chance to do it this year, having beaten OL in the first half of the season. Since OL has been the French champion, Monaco in 2002-2003 and Guingamp in 2003-2004 have imitated Lille’s 2005-06 achievement. No-one did it in 2001-2002 and 2004-2005. Rennes is set to visit the Stade Gerland on Wednesday April 18 …
At this stadium this season, TFC is the only team, over 2 matches, not to have lost against the quintuple French champions (4 points from a possible 6). Bordeaux and Troyes are next with 3 points taken. Nice, Sochaux, Marseille and Valenciennes took 1 point. Lille, St-Etienne, Lorient and Nancy all lost in both meetings.

Not counting Rennes, which we have already mentioned, OL is set to meet Lens, Auxerre, Nantes, Sedan, Le Mans and PSG… all of whom OL first time around this season. And also Monaco, which secured a draw in Lyon.