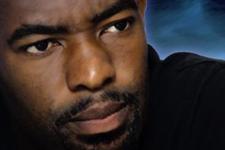 After six years in Lyon, Claudio Caçapa has decided to leave Olympique Lyonnais. Emotional at the end of the morning training session, the Brazilian discusses the reasons for his decision.
Claudio, can you tell us a bit about your future?
I’m leaving. For better or worse. We’ll see about that later. I’m sad. It’s a tough moment because Lyon is a part of my life. I’ve known much more joy than sorrow here. First and foremost I want to thank everyone: the president, the fans who stuck with me in the tough times when I was injured. They were always behind me. I say a big thank you to them. It’s something I’ll keep with me forever. I’ve really had some marvellous times here. The decision wasn’t easy to make. After reflecting on it with everyone, I came to the conclusion that now is the time to leave.

Do you feel that you no longer have a place in the team?
I don’t know whether I lost my place or not. I’m not playing at the moment but there are more important things in life. When I go home and see my wife and son, I’m the happiest man in the world. I want to leave with my head held high. It’s true I have been a bit disappointed on a professional level, as I haven’t been playing much lately. Not playing is a tough position to be in. I want to find something else. I need a new motivation, comparable to the one I had when I came to Lyon. Sometimes you have to make painful decisions.

Do you still feel like a football player?
Absolutely. I have nothing to prove. I want to play for another three years. I still don’t know where I’ll go. For now, I have had no contact with French clubs. My future is rather uncertain. I hope doors will open. I’ll think long and hard over the next two to three months and then make a decision. I would like to stay in Europe. But for now, I don’t want to talk about any club other than OL. I love this club, this city. I love everything here. This club will leave its mark on me, maybe even more so than the club I grew up at. OL was my life.

What memories stand out for you? Only good ones. The best is still the Coupe de la Ligue final in 2001. There are also the five titles, our 3-0 win over Bayern Munich, but also the friendships I have made that will last forever, not just with players but with people from the club whom I will never forget.

We know you had a leadership role among the Brazilians. Do you worry that they will be affected by your departure?
No. They’re adults and exceptional players. I just hope they stick together. Most of the Brazilians who have played here have been very happy. Like Marcello or Elber, to whom I often talk on the phone. He always talks to me about Lyon. I can’t see Lyon having no Brazilian players. The leadership role came to me naturally. I hate losing, like most players. That’s what it is to be a leader. Even when I didn’t play well, I tried to help by talking. That’s a leader: giving an example on and off the pitch.

Do you get the impression that OL is turning a new page in its history?
When I arrived, Philippe Violeau, Florent Laville and Sonny Anderson were still here. They have all left. I’m almost an elder statesman here at OL. You have to leave the club some time.

What do you think of Toto Squillaci ?
He has played some really good games that have allowed him to nail down a starter’s place. People think I don’t talk to him but that’s not true. I think he’s great. When the manager told me I wouldn’t be playing because Toto was doing well, I agreed and told him he was right.
Facebook
Tweet
Forum