Some numbers after Valenciennes... 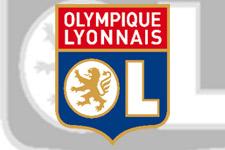 VA - OL? It’s the match in which OL was awarded the smallest number of free kicks: 23 in total for the match, with 13 going OL’s way.