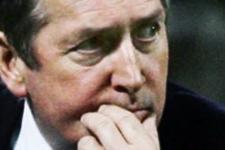 99 matches, including 67 in the league, 18 in the Champions League, 7 in the Coupe de France, 5 in the Coupe de la Ligue and 2 in the Trophée des Champions. 186 goals scored and 78 conceded.

In terms of substitutions during matches, Gérard Houllier has substituted 3 players on 75 occasions (40 and 35), 2 players 20 times (14 and 6) and has changed just one player on 3 occasions (this season in Toulouse, Madrid and Rome). On one occasion he has made no changes (this season against Nancy in the Coupe de la Ligue). Not counting assist and goals scored when OL was in the lead, 12 times (in 12 of his 99 matches), players brought on by Houllier have scored when OL was either trailing or with the same score as the opponent, with a win or draw as a result.
Facebook
Tweet
Forum