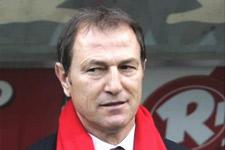 Torino, currently 12th in Serie A, is looking to take inspiration from OL’s example to make a return to its prestigious past
After a long time in Serie B, Torino returned to the Italian elite last summer. Gianni De Biasi’s club hopes to return to the top of the Serie A table and is inspired by the club of president Jean-Michel Aulas: Olympique Lyonnais. The manager declared to Tuttosport: “I have been struck by the mentality of certain teams and among them, Lyon made a really big impression on me. Over there, they have a plan that emphasises the development of talented young payers. They create their own champions and with them they have achieved great success and, on a European level, played beautiful football.”