OL calms the fire… then L’Equipe fans the flames! 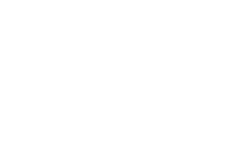 What is L’Equipe playing at? 24 hours out from the derby and under the pretext of highlighting the “unhealthy turn of events” in the rivalry between the two clubs, L’Equipe runs a story with the headline “Directors on edge”, an erroneous, even dishonest, collection of quotes from here and there.

This little game, which is in itself unhealthy in the extreme, can only help to propagate the kind of controversy that led to the deplorable events of the Seville derby in Spain, themselves documented in the following pages of the sports daily.

What factual errors? What lies? One example, the most emblematic as it’s the most important: L’Equipe writes “Two days after the events of the Seville derby, a call for calm would have been welcome but both sides have preferred to stick to their positions.”

But no, and L’Equipe knows this because it was the subject of an address directly to journalists: on Wednesday February 28 at 11:17, the President of OL made a declaration on the club’s official site, which was described as a “pacifist message” in France Football’s editorial today, the same day L’Equipe ran their article.

On one hand L’Equipe is saying that nothing has been done while on the other France Football hails the intervention of OL’s President. Spot the mistake!

So why has the sports daily deliberately chosen to ignore this declaration? It doesn’t really matter in the end. All that really matters are the consequences of their decision.

In denying the truth, instead of soothing tempers, L’Equipe has chosen to fan the flames of controversy, the consequences of which could be dramatic. And the responsibility will lie with L’Equipe.
Facebook
Tweet
Forum