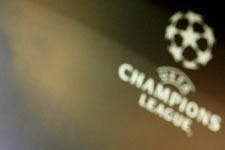 All the reactions after the Champions League clash between AS Roma and OL.
Gérard Houllier: It’s a good European result even though we would have preferred a one-all draw to this nil-all. It wasn’t easy as Roma is used to winning at home and scoring a lot of goals with what is the best attack in Italy’s league.
I’m satisfied with the solidity and robustness of our game, particularly in defence. We have a good understanding in our team and the lads should be proud of themselves.
We had a chance to score at the beginning of the match before we had a chance to get into our rhythm.
Our attack lacked a bit of freshness but I’m very happy with my players given the conditions. Next up, it’s Gerland. We still have to finish this tie, and do it by playing well and scoring goals.
Rest assured we will qualify and be very, very strong at home!

Grégory Coupet: we have raised the bar since the beginning of January and even though we didn’t play beautifully against Lille, we did show ourselves to be effective. Tonight, against a team that’s hard to move around, there wasn’t much in it. The return leg will be very important , we’ll have to tread carefully. The Roma players are very strong and powerful up front… that’s Italian football.
We’ve come half way, and the odds are even.

Robert Duverne: It’s a very good result to leave here without conceding, it shows we have got stronger. Very few teams keep clean sheets here. The Serie A is one of the best leagues in the world.
We played a solid and courageous match, the players gave everything while staying patient and strong throughout the match. Qualification takes 2 matches. We’ll have the advantage in the return leg of playing in front of our fans. It’s really good to leave with a draw, as it keeps our chances alive of qualifying by playing our game at our home, a completely different context. We will have many players back (Diarra, Wiltord and Benzema) and we have some great footballing moments in front of us.

Karim Benzema: I saw a match with two big teams and a slight advantage to Roma as they played at home. It was tough. There were a lot of fouls and the ref wasn’t putting up with simulation. It was a real battle in midfield but Roma didn’t overdo it and showed restraint. The players played sensibly, not rushing to counter attack as they so often do in Italy. As for me, I’m ready to return to service.

Patrice Bergues: the result could have been better… but we did play a solid match and stuck well to our tactics. This team goes forward very fast, so we had to be on guard. The attackers did a lot of work. Repeated fouls and a lack of freshness took their toll throughout the match. Bravo to them on their workmanship.
Everything is left to do now and we mustn’t think they will want to sit back. There is no option but to win the return leg.
We’re still 20% shy of our form from before the winter break, but we’ll find that 20% before the return leg.

Rémy Vercoutre: Good performance tonight. We had hoped to score but we’ll just have to do that at home. We were very cohesive and didn’t feel troubled or in danger, which allows us to imagine a good match at home. The staff all did their jobs really well, so we weren’t surprised by the way Roma played. It was just one stage, and the rest is yet to be done in Lyon.

Jérémy Toulalan: The card? I just have to get over it and concentrate on the next match against Sochaux. Time will tell whether a 0-0 draw is a good result even though keeping a clean sheet in Italy isn’t easy.
Totti and Perrotta are very dangerous, we remained conscious of that throughout the match. We weren’t far from an away goal that would have done us a lot of good. Now we just have to win at home, score another goal… without me, but the team is solid.

Jean-Michel Aulas: I feel calm after this match. )-0 is a good result against Roma even though we thought at some stages we could do better. We’ll have to stay on guard and score at home to qualify. We were in trouble a couple of times but managed to control the game. Many fouls were committed, it was a tough match.
The refereeing seemed to favour the home team, the players felt it at the end of the match. It was impossible to shoot from a decent distance, it’s a shame. “Juni” was furious with this partial refereeing. Let’s be careful though because matches like this are won and lost on small details. Yellow cards and unpunished fouls can tip the balance, as Toulalan will miss the next match and Diarra is just returning from an injury…

Nadir Belhadj: It was a really good match, tight, but goo. OL could have opened the scoring but the post denied them .On the other team, Totti, who is a great player, was marked well by Cris and blocked well by Coupet.
I follow Lyon very closely like everyone can’t wait for the return leg and an OL victory. It will be a great game. As for me, I will give everything alongside them next season. I can’t wait to learn alongside the best players in Europe.

Rémi Garde: We feel pretty good because we kept a clean sheet. We would have liked to score but Roma is a very strong team.
The post? Rather, it should have been a red card for Ferrari for a deliberate hand ball that could have changed everything. It’s a shame AS Roma weren’t sanctioned for it.
At home, it will be tough because each goal Roma scores will mean we have to score 2. We know how to lift our game, and with the Lyon fans and the entire region behind us, the tie could be tipping in our favour. Totti was dangerous but well handled by our defence. You can’t completely deny Roma chances on goal but we contained their attacks all the same. We’re half way now and need everyone to help us win it.
The ref? It’s always a pain playing without Toulalan�� Jun got his second. It was a tough match to referee but I don’t understand how Fred could be punished so severely.

Philippe Mexès: It could have been worse for us. We’re confident even though it will be tough for us in Lyon. OL has had a tough time but we didn’t make the most of it. We will do everything to score in Lyon. We have nothing to lose, we’re really happy to have got this far…
It was a special match, with a lot of fouls, kind of choppy. It was a bit deceptive. Roma played a good second half and happily, Juninho didn’t capitalise on the free kicks he took.
Regrets? Yes, that we made a mess of our first half. We must remember that they hit the post. It was a tight match. Lyon will have more pressure and more work to do than us in the return leg. As for us, we will do our best to enjoy the game. May the best team win.

Cris: It’s a good result, but a dangerous one. For every goal they score in Lyon, we’ll have to score 2. defensively, we’re happy to have conceded only a few chances. There were a lot of fouls. Mexès started it off and then the ref decided to take control of the game, for better or worse.

Florent Malouda: Our opponents are speechless at the moment. It was a hard-fought match. But we had enough space to play our own game even though we couldn’t make the most of it by scoring.
In the return leg, we will need the same discipline and the same rigour with a bit more punch in attack. There’s no formula to work out, we play to win and that’s what we’ll be looking for in a fortnight’s time.

Check out all the reactions on video at OLWEB PREMIUM.