AS Roma: Today and yesterday 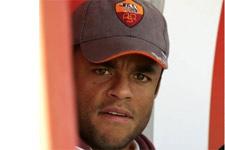 The Giallorossi are on familiar terms with the summits of European football. In 1961 they won the Inter-Cities Fairs Cup against the Englishmen from Birmingham: 2-2 in England and 2-0 in Rome in front of 60,000 fans; a match refereed by Frenchman Mr Schwinte. They played in the final of the European Cup in 1984in Rome in front of 69,693 fans against Liverpool. 1-1 and then 4-2 after penalties. Pruzzo scored for Rome, and alongside him were Tancredi, Cerezo, Conti, Falcao, Graziani, Bonetti… an outfit trained by Swedish manager Liedholm. They play in and lost the UEFA Cup final against Inter Milan in 1991. They lost in the away game, 2-0, and could only manage 1-0 in the return (goal to Rizzitelli). The referee in this match was Frenchman Mr Quiniou. Aldaïr, Völler, Bethold, Gerolin and Giannini were among the team members. 70,901 fans packed the stands of the Stadio Olimpico.

The Stadio Olimpico hosted the final of the European Cup in 1996, in which Juventus beat Ajax 1-0. Didier Deschamps was on the field for a match watched by 67,000 spectators. There was also the 1997 final between Liverpool and Mönchengladbach. The Englishmen won 3-1 with Mr Wurtz refereeing.

In the ranks of the current Roma squad, only one player has already won the Champions League, namely Christian Panucci. It was with Real Madrid in Amsterdam in 1998 when they beat Juventus 1-0. He also won with AC Milan against Barcelona in 1994 in Athens. He has even lost a final, with AC Milan in 1995, against Ajax (1-0) in Vienna.

AS Roma is in its 5th Champions League campaign and has played 45 matches.

Francesco Totti and co have played 23 league matches this season. 15 wins (9 at home), 4 draws (2 at home) and 3 losses (1 at home). They have scored 46 goals and conceded 16. Totti has scored 14 goals, Mancini 7, Taddei 5, De Rossi 3, Perrotta 3, Montella 3, Panucci 3… They qualified for the final of the Coppa Italia in which they will take on Inter Milan, having eliminated Trieste, Parma and AC Milan. Montella 3 goals, Mancini, Pizzarro and Perrotta 2, De Rossi 1, Virga 1, Totti 1.

In the Champions League, group D, they finished behind Valencia with 10 points; a 4-0 win against Chakhtior, 1-0 at Olympiakos and 1-0 against Valencia; a 1-1 draw against Olympiakos and losses to Valencia, 2-1, and Chakhtior, 1-0. Totti 3 goals, Perrotta, Panucci, De Rossi, Taddei and Pizzarro 1 goal.
Facebook
Tweet
Forum