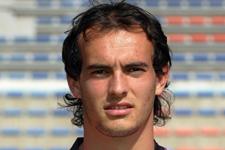 Rémy Riou and Nadir Belhadj played this weekend in round 22 of the championship.
This is almost becoming a habit. Rémy Riou once again figured in sports daily L’Equipe’s Team of the Week, earning the plaudit “Riou, class act”.
Given a score of 8/10, the keeper on loan from OL was the lynchpin of Lorient’s 2-0 win away to Nantes, making impressive saves from Oliech, Payet and Dimitrijevic.

Despite the strong performance from Nadir Belhadj, Sedan couldn’t avoid a 1-0 defeat at the hands of Monaco. The player loaned from OL played the whole match wide on the left of midfield and came close to equalising from a free kick.
Facebook
Tweet
Forum