AS Roma wins without Totti 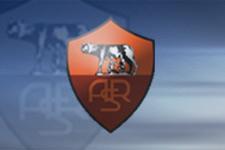 Despite its 1-0 victory over Siena, Roma still trails Inter Milan, which extended its winning run to 14 matches by beating Genoa 2-0, by 11 points.
Luciano Spalletti’s men are well placed in the running for the second direct qualification spot for the Champions League, making the most of the heavy home defeat of their nearest rivals Palermo, who went down 3-0 to Lazio. Roma now leads Palermo by 7 points..

Missing their captain and playmaker, Francesco Totti, the Romans took the lead through the first Serie A goal scored by Mirko Vucinic, who started his first game at the apex of the Roman attack.

Next week, AS Roma will travel to Milan to take on Inter. Anything but a win will see Roma bid farewell to and hope of winning the title.