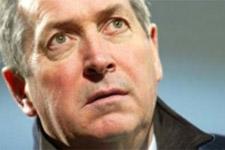 Gérard Houllier: What’s the situation at OL after the defeat to Bordeaux ?
“Against Bordeaux, there many positive points. I didn’t appreciate the aggression of our opponents. We were handicapped in conceding two goals very quickly. We are aware of taking only one point from a possible nine in recent matches, which is relegation form. We have to bounce back quickly. Physically, we are getting better and better. We need to learn our lessons from the last few games and make 2 or 3 adjustments. This loss just goes to show how hard we have been working since the start of the season. At mid-season, we’re halfway up a hill, and we can’t afford to stop pedalling, or we’ll go back down. Mentally, I think the form we showed against Bordeaux would make us French champions. But I can assure you that won’t make us complacent.”

This match against Nice ?
“I am very focused on this match, it has taken on enormous importance. But so far in January, we have won the most important match of the month by beating Le Mans in the semi-final of the Coupe de la Ligue. Nice’s current situation? That’s a problem for Nice. I’m not in charge of their team.”

The election of Michel Platini?
“It’s fantastic; he is my friend. It’s a victory for French and European football. But we must give credit to his predecessor. I think this result is the start of something big, and that things can start happening throughout Europe in terms of football. I was 1,000% behind Michel, I believed in him. He will introduce a different philosophy, and he had a very strong candidature. Michel brings people together, and he will work for everyone. There will be no dissent or rancour… He has a vision and a lively intelligence… He looks ahead.”
Facebook
Tweet
Forum