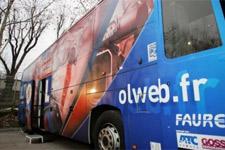 Reactions following the OL-Bordeaux match...
Patrice Bergues: This match has left us very disappointed. Considering the efforts we made, we deserved the draw. We had no luck in front of goal, but you have to make your own luck sometimes.
The opposition fouled our players a lot (27 fouls committed by Bordeaux, 24 by Toulouse last week), which is really disappointing because unsportsmanlike conduct like this stops our players from playing their natural game.
There has been a press campaign claiming OL is favoured by the referees. But when you look at our games, you can see that it’s not the case, as today the decisions went against us, with a stunning number of fouls on OL players going unpunished.
Bordeaux took 3 points from us tonight but we will meet them at the Stade de France soon, in the final of the Coupe de la Ligue, with a lot more at stake.
br> Marc Planus: We had our hearts set on taking revenge for our loss to OL at the Chaban-Delmas stadium. They were very sharp in front of goal in that game, and we wanted to return the favour tonight here at Gerland.
We had to endure a lot tonight, as OL pushed really hard. But the main thing is that we hung on.
The 3 points we got tonight will do our league ranking good and also prepare us well for the final at the Stade de France. As for the league, there are a lot of games left to go. We can’t rival OL over a whole season, but in 1 game anything is possible… So we’ll expect a different game for the final of the Coupe de la Ligue. May the best team win!

Jean-Michel Aulas: I don’t think our opponents in the last two games have played fairly. But these opponents who hit our players seem to be protected.
Tonight we had no success despite having more possession and chances to score. We deserved the equaliser. But we played a game of high quality, so there is no need to be worried. You win some, you lose some. Tonight, we lost. That’s football. We have to focus on the positives: the quality of our game and the fact that the players didn’t give up. We are confident of our strength and talent.
We were lucky that Lens lost. That gives us the leeway to look forward to the rematch at the Stade de France.
And hopefully this will put and end to the campaign claiming that if you win, it’s because you are favoured by the referees.
Regarding Milan Baros, he is one of the best players in his position. We haven’t made a mistake, I’m sure of it. We are constantly improving the potential of the team.
As for transfers, it’s hard to say at the moment. Some opportunities remain for us, but it’s tough. Some players we had targeted had been misled by their clubs. We have to wait patiently.
Jérémy Toulalan will be suspended for the match in Marseille. He has also collected quite a few yellow cards in the Champions League. Logic dictates that we should cover his position quickly. We have reached an agreement with Glasgow. Jérémy Clément has bee assured he will be a starter in Paris. We’ll see what happens. We’ve done our job in convincing Glasgow somewhat. The file isn’t closed. We have made moves for other players and we’ll see whether we have the time and means to complete the transactions.

Gérard Houllier: I thought there was a penalty but there’s no point in talking about it now. We are getting stronger but we made 2 defensive errors that skewed the match. I was unimpressed with the rough tactics Bordeaux employed in the first half, and I think a draw would have been the right result. We created a lot of chances and we should have equalised. Things are getting serious now. We have had some unfavourable results but I know we’ll turn it around. We have to defend better than we did tonight, but we showed strength of character and played some quality football. I’m not disappointed by my players, rather I’m proud of how they reacted. There are always tough moments in any league.

See all the reactions on video at OLWEB PREMIUM