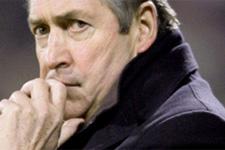 Gérard Houllier has made some changes to the squad to face Laon in Reims this Saturday. Juninho, Abidal, Cris and Tiago have been rested… Carew won’t make the trip… There will only be 16 players on the team sheet.
The squad:

Gérard, how do you approach this match?
“I’ve already decided to rest some players. We have 5 matches in 15 days. A lad like Juninho for example has played the last 3 games. He will be rested along with Tiago, Abidal and Cris. Carew? He is on standby. It’s a logical decision that he and I have discussed. We have to keep in mind that Laon will be hyper-motivated. Also, from the looks of the pitch in the match between Reims and Bordeaux, we could have some problems with the surface. We will take the game very seriously, as we have more to lose than to win. We must be vigilant and professional right to the end.”

Isn’t the squad affected by inuries?
“No. It just proves that I was right whhen I said that our squad wasn’t overstocked. That’s why I raised the alarm and I think we did the right thing. I am happy that the club as a whole got to work in recruiting players. A good manager has to be able to anticipate such things. As for the injured players, I appreciated what Robert Duverne had to say.”

Alou Diarra, Fred, the transfer market?
“It’s a real shame about Alou. He was just hitting his straps, he was excellent against Bayonne. He was really improving and this has just put the brakes on him. Fred? He was better against Le Mans than against Toulouse. He had chances to score, and we forget that he was out for a long time. Now, he has to score... The transfer market? I can confirm that I met with the agent of Milan Baros. Only fools never change their mind...”
Facebook
Tweet
Forum