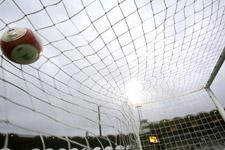 The French Ligue 1 championship resumes this weekend; so begins the return leg of the season, notably with the Derby of the North (Lille-Lens). A competition that gets back under way amid the first movements of the winter transfer market…
After a round of the Cup and its attendant surprises, the 20 clubs of L1 will get back to earning their daily bread. For some, there are prizes to chase in the form titles and European places next season. For others, a respectable finish on the table; and for the teams in the relegation zone, their very survival in the top flight.

At the same stage last season, OL was already the uncontested leader of L1 with a 12-point lead over Lens and Bordeaux, and stayed that way for the remaining 19 matches, even extending its lead. Lens and Bordeaux won places in Europe, but only Bordeaux experienced the Champions League, along with Lille (preliminary round). Lens, Marseille and Auxerre went into the UEFA Cup. Lens, 2nd at the break, ended up finishing 4th; OM was 7th at the break (5th at the end of the season), Auxerre 4th (6th in the end). The most impressive run was that of Lille: 8th at the break and 3rd at the end. Only Monaco (5th at the break) and PSG (6th) lost their places. PSG made up for this somewhat by taking out the Coupe de France. In conclusion, 4 of the 6 teams set for Europe at the break… would get there.

As for the relegation battle, at the break, Metz, Ajaccio and Strasbourg were all set to go down to L2… there were no miracles after 38 rounds.

As for season 2006-2007, the scene is quite different, notably for relegation. Last year, there was a 7-point gap between 17th (Sochaux) and 18th (Metz). This January, 17th (Nantes) has the same number of points as 18th (Troyes) and a single point lead over 19th (Nice). At the top of the table, OL’s massive lead aside, there were only 3 points between 2nd and 9th places; currently there are 10 points between Lens and Rennes.

What does round 20 hold in store? “It’s a new competition all over again. Momentum has been lost, habits changed; the feel needs to be recovered… for all the teams,” says Bernard Lacombe. The match of the round will be between Lens and Lille. Both teams are playing for Champions League places; the Sang et Or, without an injured Bisevac, have a 4-point advantage over the Dogues of Lille. At the bottom of the table, Sedan must beat against Nancy to get its head above water. Nantes – Nice? Barthez’s return to the league will be all important in this match that will have a strong bearing on the relegation battle.

Barthez (Nantes), Gallardo (PSG), Ouaddou (VA), Bisevac (Lens), Rodriguez (OM), Fort (TFC)... are the principal new faces from the transfer market. Wilhelmsson (Nantes), Vignal (Lens), Kalabane (AJA), Dosumnu (Nancy) left Ligue 1... Others have changed clubs, like Hadji (from Rennes to Nancy), Pieroni (from Auxerre to Nantes)... Also, there will be many comebacks from injury such as Sartre (Sedan) but also absences until the end of the season, such as Zerka (Nancy), Bernardi (Monaco)...