Reactions to the Champions League draw 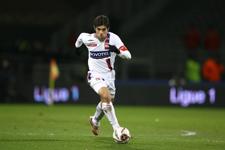 Check out all the reactions from OL’splayers and staff after the Champions League draw which pitted the French champions against AS Roma…
Gérard Houllier: AS Roma is a very good team from the Italian first division whose quality speaks for itself. They emerged from a very tough group and we’ll have to be in top form for those two games. The advantage is that we play the second leg at home.
It’s a good draw because Lyon, who have been at the top of European competition forthe last few years have never played Roma. For the supporters, just like the players, it’s an exciting new challenge.


Juninho: They are an opponent we’ve never played against and who will be very hard to beat. Like all Italian teams, they know how to get a result when the going gets tough. I honestly can’t see much difference between Roma and Milan. It will be very hard, but we have what it takes to get through. And to do that, we need to play well in Italy.
We will have to be weary because they have individuals who can win a game on their own. They are capable of scoring every time they have a chance. But the ultimate aim is to qualify for the next round.
In their squad, I know Mancini, who I played with in the Brazil team and also Taddeï, who I played against in Brazil. They are two players who have made it in Italy, which isn’t easy, and that tells you how good they are. As for Totti, he is one of the best No.10s in the world. He is capable of winning a match by himself.


Patrick Müller: Personnelly, I’m happy because my wife’s family live in Italy. Totti is the driving force behind this team, but they are also solid and well organised. I’ve already played against Roma with Basel and we lost 3-1… for me it’s the chance to get a little revenge.


Alou Diarra: It’s going to be two very hard games because they are a very good team. It’s a little wierd for me because they’re a team I wanted me in the summer so I could easily have ended up on the other side. We’ve got every chance of going through. I’m not disappointed about not going to the Nou Camp because if Barca and us get through, then we might meet in the next round. I know Philippe Mexès very well. Roma is a very even and balanced side. It will be tough to get a result in Italy.


Kim Källström: It’s great. It was always going to be a tough draw, whoever we got. Lyon has never played against Roma so it’s going to be good. To get through, we’ll have to produce two big games but we have the quality to do that.


François Clerc: We’re very happy. It’s a good draw and it will be great to play in such a great stadium. They’re a good team so it will be very hard. I was happy to avoid Barca and Inter. I know Philippe Mexès well. Roma have a truly great player by the name of Francesco Totti. There are also internationals like Taddei and Mancini. They are a quality side with a great attack. We’ll have to watch them. Playing against a few world champions will also be a good chance to measure the quality of the two squads…