Squillaci called up to Les Bleus 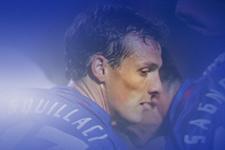 Sébastien Squillaci has received a late call up for the France Euro 2008 qualifiers against Scotland and the Faroe Islands. He has already represented his country on ten occasions.
He earned his first cap against Bosnia-Herzegovina on August 18, 2004 (1 - 1).
His last cap dates back to the 3-1 win over the Faroe Islands on September 5, 2005, where he replaced Lilian Thuram in the 74th minute. His last call up to the national squad was in October 2005 for the trip to Switzerland and the home match against Cyprus.
He has already played the Faroe Islands on two occasions.

His call up now means France coach Raymond Domenech has no less than nine Lyon players in his squad.
Facebook
Tweet
Forum