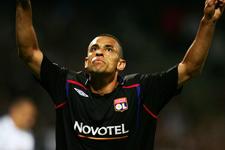 The French Ligue 1 is taking a short break... eight games already played this season… And Lyon’s class is shining through, both as individuals and as a team…
In just eight L1 games OL has already made its mark. The quintuple French champions are three points clear at the top from secon-placed Marseille and seven points clear of third-placed Nancy. Not only are OL undefeated in the league, they also have Fred, current top scorer in the league with Lille’s Odimwingie and Lens’ Dindane. OL also boasts the best attack in the land with 20 L1 goals.

Individually, Florent Malouda is the highest raking out-field player in the league, as voted by daily sports paper L'Equipe and the bi-weekly France Football. Grégory Coupet is second to Janot in the goalkeeping ranks.

And as for the situation in the other big European leagues, OL also comes home in the top three for points per match average. Only FC Porto, the leader in Portugal with 15 points from five games and Olympiakos, 18 points from six games, are ahead.
OL have an average of 2.75 points per match after eight games… Barcelona and Valencia, 2.6 after just five games... Shakhtar and Dynamo, in the Ukraine, 2.55 after Week 9... Genk, in Belgium, 2.5 after eight... Ajax Amsterdam, 2.5 after six... Celtic, 2.44 after nine... Dinamo Zagreb, 2,44 after nine... AS Roma and Palermo, 2,40 after five... Manchester United and Chelsea, 2.39 after seven... Rosenborg, 2 after 22... Hertha Berlin, Nuremberg and Werder Brême, 1.66 after six...
Facebook
Tweet
Forum