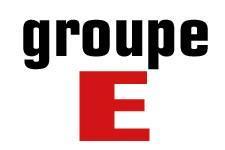 Steaua Bucharest and Dynamo Kiev both played on Wednesday. While Kiev qualified for the last 16 of the Ukrainian Cup, Steaua were defeated...
IMG41156#L]It has been a tough week for Steaua Bucharest. After their superb victory over Dynamo Kiev in the Champions League, Dica and Co. have dropped five points in a week. Following the draw last weekend against Rapid, Steaua lost 1-0 on Wednesday to Dinamo Bucharest in Week 8 of the Romanian league. Steaua finished the game with nine players after two red cards.
They now trail Dinamo by seven points, after Wednesday's winners registered their eighth win in as many games. With 17 points, they have also surrendered second place in the league to FC Cluj.

[IMG41157#L]In the Ukrainian Cup, Dynamo Kiev qualified comfortably for the last 16 with a 4-0 win away to second division Melitopol. Just a week before the trip to Real Madrid, coach Anatoli Demianenko decided to rest several players.
Thanks to an early Vitaly Mandzyuk double Dynamo were quickly in a commading position. In the second half, Oleinik and Vashchuk added some considerable margin to the scoreline.
Facebook
Tweet
Forum